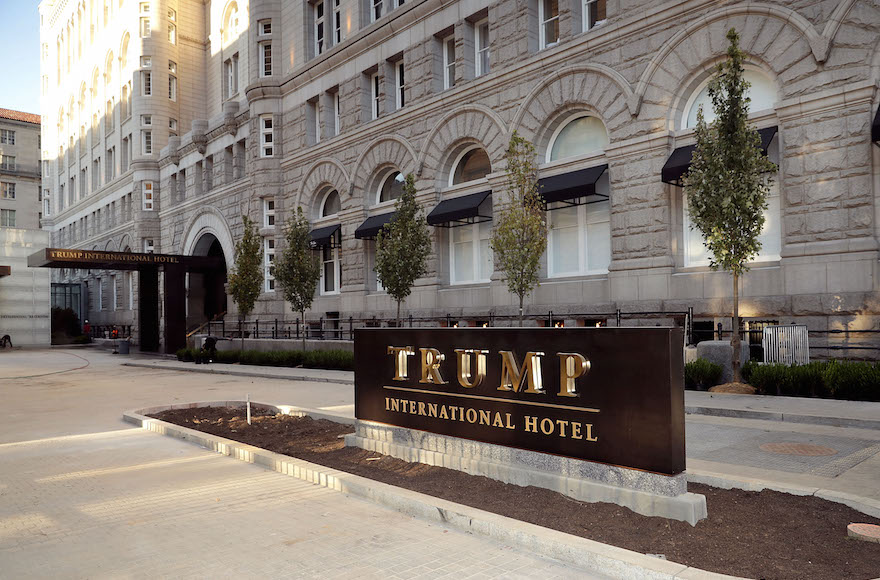 (JTA) — A mix of centrist and liberal Jewish groups did not attend a Hanukkah party hosted by the Conference of Presidents of Major American Jewish Organizations at a Donald Trump-owned hotel in Washington, D.C.

The event Wednesday at the Trump International Hotel, which was co-hosted by the Embassy of Azerbaijan, sparked controversy due to its venue. Eight of the conference’s liberal members announced they would skip the party in protest of the president-elect’s policies, his conflicts of interest or the Azeri government’s policies.

On Tuesday, Haaretz reported that four major groups — the Jewish Federations of North America, the Anti-Defamation League, the American Jewish Committee and Hadassah, the Women’s Zionist Organization of America — would also not attend. JFNA, ADL and Hadassah all cited scheduling conflicts.

Following the event, however, AJC released a statement saying it had sent a representative, but did not give a name.

When the venue was first announced, Malcolm Hoenlein, executive vice president of the Presidents Conference, told JTA that the Azerbaijani Embassy had rented the location because of its proximity to the White House, where President Barack Obama’s final Hanukkah party would be taking place the same evening. He said that using a Trump property should not taint anyone who has business with the administration.

Some 200 people joined a protest of the event outside the hotel organized by IfNotNow, a Jewish group that opposes Trump and Israel’s occupation of the West Bank.