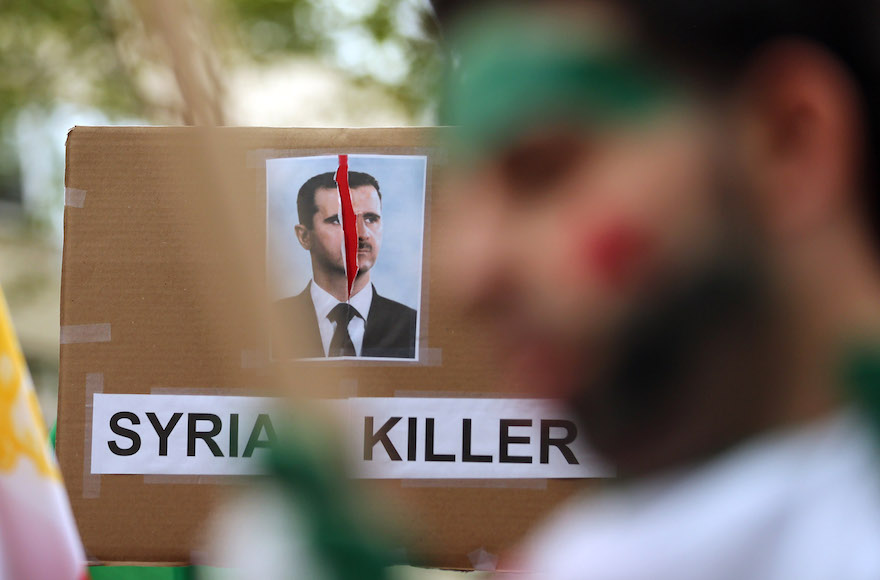 (JTA) — The removal from power of Bashar Assad is an Israeli interest and ultimate goal, Israel’s defense minister said amid claims that troops loyal to the Syrian president were perpetrating a massacre in Aleppo.

Avigdor Liberman made the remarks, which constitute an unusual departure from Israel’s policy of nonalignment in Syria, on Thursday in Eilat, where he was speaking before participants of that city’s Limmud FSU conference on Jewish learning.

“Assad is a butcher who has massacred people,” Liberman said, adding: “The State of Israel has said ‘never again,’” a reference to the rejection of genocidal policies following the Holocaust perpetrated by Nazi Germany and its allies against Jews during the Holocaust. “This massacre, occurring in plain view with chemical weapons, is morally unacceptable.” 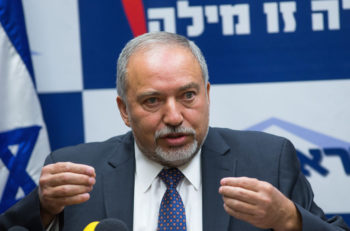 Leader of the Yisrael Beyteinu political party Avigdor Liberman leading a press conference at the Knesset, May 18, 2016. (Yonatan Sindel/Flash90)

But Liberman said that Assad’s removal was an “ultimate goal” for Israel as opposed to an immediate one.

Many thousands of people, including a large number of civilians, have been killed during the fierce fighting in Aleppo between Assad’s forces and rebels who have controlled parts of the city for the past four years.

More than 3,000 people were taken out of the fighting zone on the first day of the evacuation on Thursday, but the United Nations said that as many as 50,000 are still trapped, the BBC reported Friday.

The U.S. accused the Syrian government of carrying out “nothing short of a massacre” in the city.

“The only remaining question is whether the Syrian regime, with Russia’s support, is willing to go to Geneva prepared to negotiate constructively, and whether or not they’re willing to stop this slaughter of their own people,” U.S. Secretary of State John Kerry said.

Assad on Thursday hailed the “liberation” of Aleppo after more than four years of fighting, saying that history was being made.