Josh Radnor, beyond ‘How I Met Your Mother’ 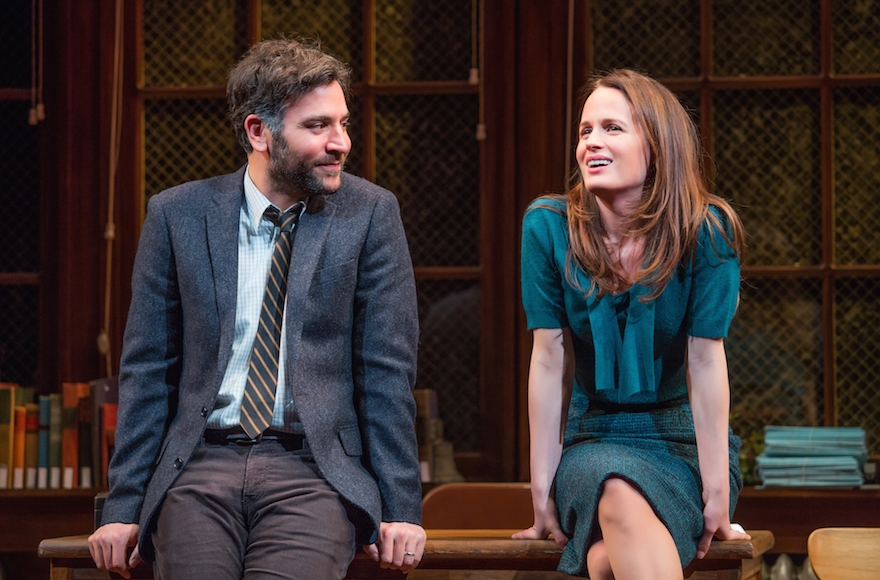 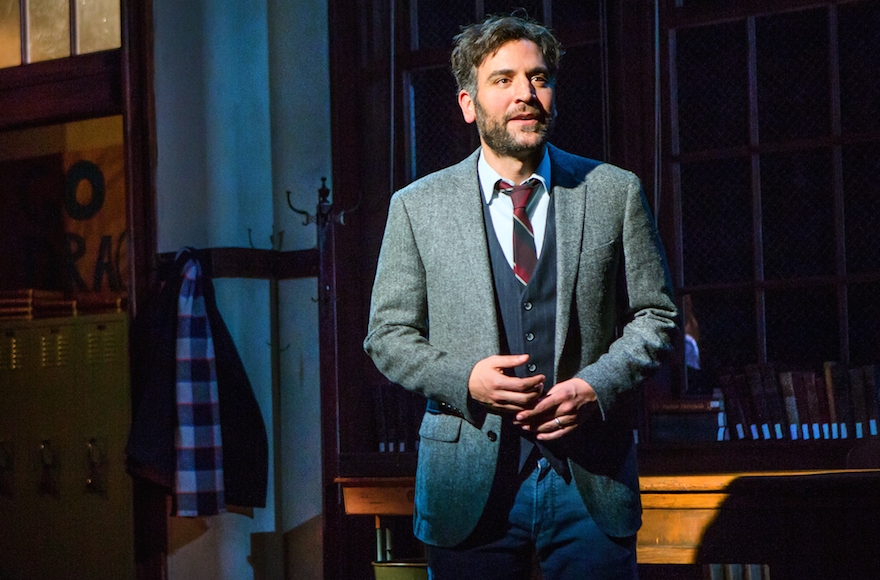 (JTA) — Josh Radnor is starring these days in Richard Greenberg’s off-Broadway play “The Babylon Line.” For the 42-year-old actor, it is the latest in a long and impressive list of credits.

However, the odds are that no matter what else he accomplishes in life, for most people he will always be Ted Mosby, the man who spent nearly a decade telling his TV children — along with millions of viewers across the country — how he met their mother.

The beloved sitcom “How I Met Your Mother” aired for nine seasons and won nine Emmy Awards. Radnor’s Mosby transformed him from episodic actor to star. But given the Jewish actor’s impressive range of projects since “Mother” ended in 2103 — starring in a Pulitzer Prize-winning Broadway production; writing a book; appearing in another TV series, PBS’s “Mercy Street,” as well as writing, directing and starring in two films — it makes one wonder: Is Mosby ever a burden?

“When something becomes very popular and people identify you with that, they sometimes have a narrow view of you,” Radnor told JTA in a telephone interview.

“[‘How I Met Your Mother’] is a loved series and a lot of people want you to be that person and get slightly offended when you’re not. It’s a strange thing.”

He added: “The blessings far outweigh the burden — that’s not the right word. But it does cast a long shadow. So I try to move in a different direction while at the same time honoring the thing.”

Among those “different directions” are his film projects, “Happythankyoumoreplease,” which won the audience award at the 2010 Sundance Film Festival, and “Liberal Arts,” which premiered in 2012. Radnor expects to start production on a third film this spring.

“If you told me I had to stop acting for some reason, I could really say I’ve had a nice run,” he said. “I’ve worked on a couple of TV shows, been on Broadway twice, worked with great playwrights. But writing and directing [provides] a sense of newness.

“I think the truth is I love them all but for different reasons. I like that my career has branched out, which means I don’t have to choose.”

At least for the next month, Radnor we’ll be concentrating on acting. “The Babylon Line” has received mixed to positive reviews — none of which he has read.

“I find as an actor it doesn’t help me,” he said. “Even a positive review can get in my head.”

Radnor plays Aaron Port, a less than successful writer who commutes on the Long Island Rail Road from his Greenwich Village home to teach an evening adult-ed writing class. His six students are a mixed bag; they include three Jewish women who signed up for the course because the ones they wanted were booked. They are joined by a woman none of the locals know, an agoraphobe out of her house for seemingly the first time in years.

Through their writing, the students make discoveries about themselves.

“I think it’s about the stories we tell ourselves about ourselves — and how we can be wrong about those stories,” Radnor said.

“It’s about people who think they’re at the end of their story, who think they’re living some kind of tragedy, and it’s just a moment in their lives. It’s sad and not sad, and if you really unpack the structure and what [Greenberg] is doing, there’s a sweetness to it and things work out for these people in spite of their worst fears.”

In that regard, Radnor finds the play very Jewish, a subject that led to his own Jewish influences.

“I actually struck up a friendship with a rabbi in New York,” Radnor said. “We had a very long lunch a couple weeks ago and he told me something fascinating: There’s no Hebrew word for tragedy in drama. There’s a Hebrew word for comedy, but not tragedy.”

“As a filmmaker I like to leave my audiences with a future that’s better. My characters have somewhat Jewish last names, but whether they’re Jewish or not, they are always caught in certain ethical situations, forks in the road.”

Radnor says his films “are about good people getting better at being themselves.”

“I’m not interested in evil or how terrible we can be toward each other,” he said.

It’s an attitude he likely developed attending the Columbus Torah Academy in Ohio, where he grew up.

“I think [my parents] wanted me to have a strong Jewish upbringing and wanted me to know where I came from and what tradition I was inheriting,” he said.

The training stuck. In conversation with this writer a couple of years ago, Radnor said, “I read somewhere that Tony Kushner was asked why so many Jews are attracted to the theater — he said reading the Talmud and reading a play are very similar. There’s a surface read and then digging underneath the text. I feel having this background, having this love of literature, looking at something on the surface and excavating and finding out what more can be gleaned from it, you get from a Jewish way of learning.”

Radnor and his sisters attended day school until the eighth grade, then transferred to a public high school in their freshman years — a move that may have been proved bashert. A friend asked him to accompany her to auditions for that year’s school production, “Oklahoma!”

“I went and I was watching everyone audition and thought, ‘Man, I think maybe I can do this a little better than these people,’” Radnor recalled. “They pointed at me and asked if I wanted to audition. I said yes and ended up getting one of the leads.”

He played Will Parker that year, the emcee in “Cabaret” the following season and was hooked. In 2005, following brief appearances on shows like “Law & Order” and “ER,” Radnor was cast as the lead in “How I Met Your Mother.”

The series was a hit. But like two other revered long-running shows —  “The Sopranos” and “Seinfeld” —  the series ended with finale that disappointed many fans.

“I actually don’t talk about it,” Radnor said, clearly tired of the question. “I defended it quite a bit whenever I was asked about it. Either people got enraged by how it ended or loved it. It aroused so much emotion.”

As with the rest of his career, Radnor has moved on.