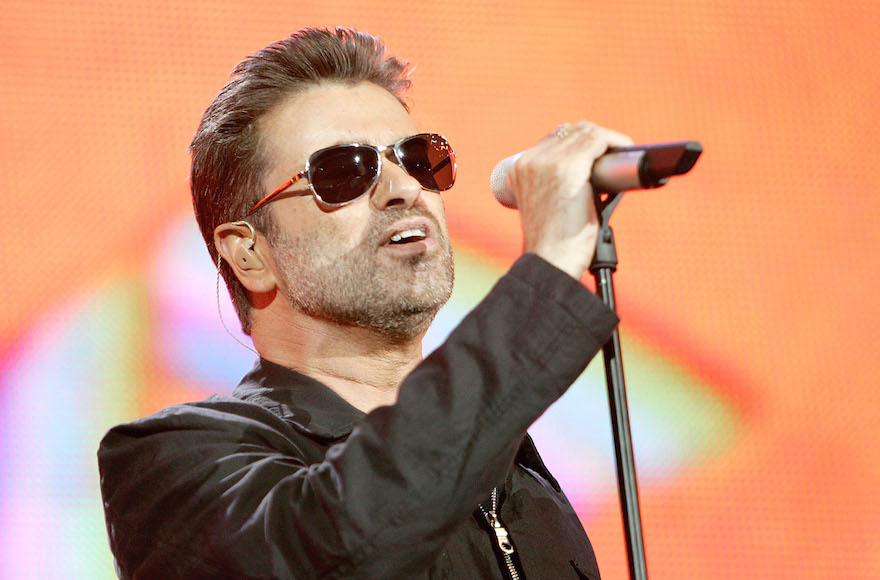 (JTA) — British pop singer George Michael, who disclosed a decade ago that he had Jewish roots, died unexpectedly. He was 53.

Michael died at his home in England of heart failure, his publicist said. His family asked for privacy.

Michael first achieved fame as one of two members of the popular 1980s band WHAM! before beginning his solo career, where he was known for his catchy dance tunes and provocative lyrics.

In a June 2008 interview, Michael told the Los Angeles Times that his maternal grandmother was Jewish, but she married a non-Jewish man and raised her children with no knowledge of their Jewish background due to her fear during World War II.

“She thought if they didn’t know that their mother was Jewish, they wouldn’t be at risk,” Michael told the newspaper. His mother attended convent school, losing any shred of memory of her mother’s Jewishness.

Michael acknowledged his homosexuality in 1998 after being arrested for public lewdness in Los Angeles, where he attempted to pick up a man in a public bathroom.

His first solo album, 1987’s “Faith,” sold more than 20 million copies, and he had several hit singles including “I Want Your Sex,” “Father Figure,” “One More Try” and “Praying For Time.”

Michael was born Georgios Kyriacos Panayiotou in 1963 to Greek Cypriot parents in London.

Police said in a statement that the death was “unexplained but not suspicious,” and his publicist said he had not been ill.