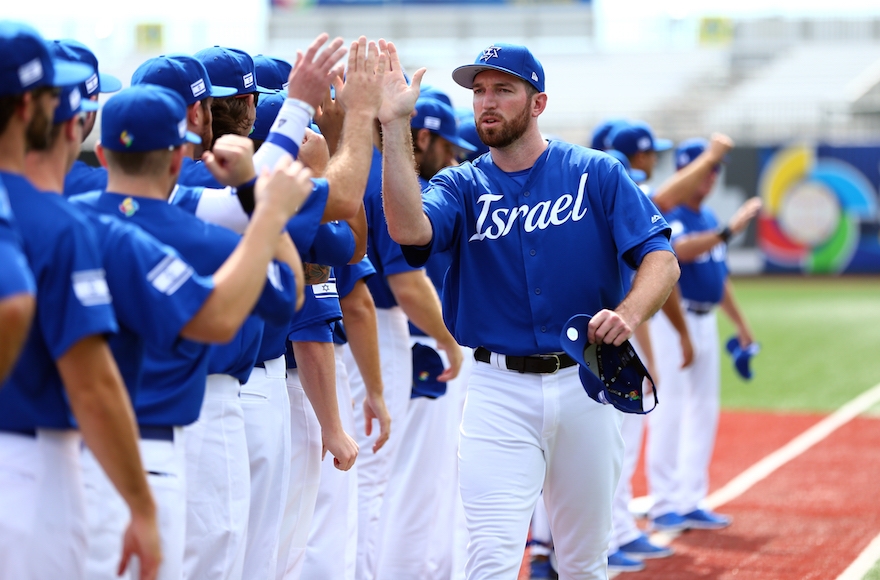 JERUSALEM (JTA) — Ten current and former Jewish major leaguers representing Israel in the World Baseball Classic will visit the country in preparation for the tournament.

The players and staff will practice on baseball fields in Israel and meet with Israel Association of Baseball players. They also will visit Tel Aviv, Jerusalem and its holy sites, an Israeli Air Force base, Masada and the Dead Sea.

World Baseball Classic rules state that players who are eligible for citizenship of a country may play on the country’s team. This will be the first time that American Jewish baseball players will represent Israel in a world championship.

The World Baseball Classic is scheduled for March in Seoul, South Korea.

“The team is clearly the most impressive Jewish baseball team ever assembled, and we are very proud that they will be representing our country at the WBC,” Peter Kurz, president of the Israel Association of Baseball, said in a statement. “The trip will be an excellent opportunity for them to learn about Israel and meet the teams and players in Israel who will be supporting them at the WBC.”

The visiting players are Ike Davis, formerly of the New York Mets and other teams; Ty Kelly of the Mets; Josh Zeid of the Mets organization; Ryan Lavarnway of the Oakland Athletics;  Sam Fuld of the Athletics organization; Cody Decker of the Boston Red Sox organization; Jon Moscot of the Cincinnati Reds; Corey Baker of the St. Louis Cardinals organization; Jeremy Bleich of the Philadelphia Phillies organization, and Gabe Kapler, the director of player development for the Los Angeles Dodgers.

The players will visit Israel with their wives, parents and children. The trip’s co-sponsors include JNF Project Baseball and Jeff Aeder, founder of the Jewish Baseball Museum.