Israel will not return bodies of Hamas terrorists, eyeing trades for dead soldiers 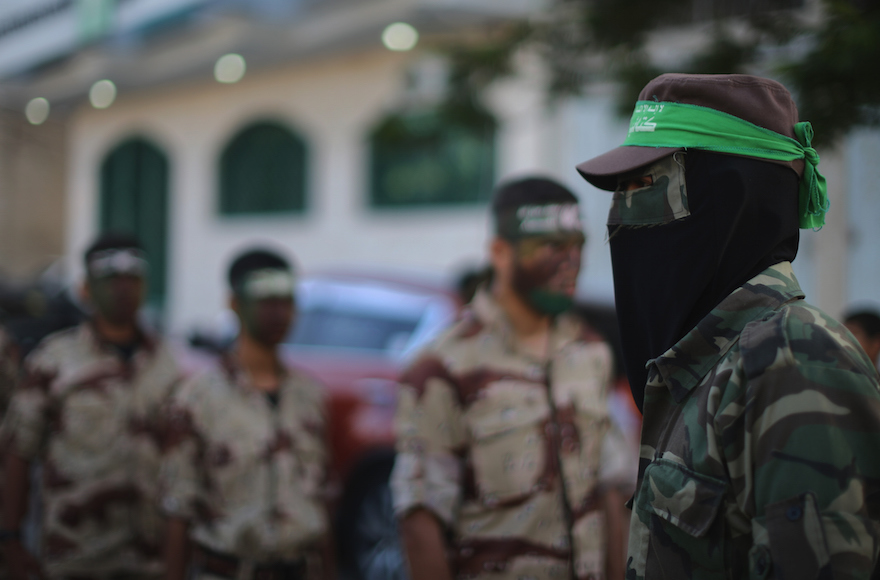 JERUSALEM (JTA) — The bodies of Hamas terrorists killed in attacks on Israelis will not be returned to their families and instead will be buried, Israel’s security cabinet said.

In a meeting Sunday, the security cabinet focused on bringing about the release of Israeli civilians and the bodies of Israeli soldiers held by Hamas in the Gaza Strip and came to the decision on the terrorists’ bodies.

“The political-security cabinet discussed standing policy on treatment of the bodies of Hamas terrorists killed during terror attacks and decided that they will not be returned, but will be buried,” read a statement issued Sunday evening by the Prime Minister’s Office.

The security cabinet is a select group of government ministers empowered to make decisions related to Israel’s foreign and defense policy, especially in urgent circumstances like war.

Sunday’s decision came a day after Hamas released a video showing what it called a birthday party for Staff Sgt. Oron Shaul, who was killed during the 2014 Gaza war and whose body is being held by the terrorist group. Hamas also is believed to be holding the body of Lt. Hadar Goldin, also killed during the 2014 conflict. Two Israeli civilians who crossed into Gaza on their own, Avraham Mengistu and Juma Ibrahim Abu Anima, are believed to be alive and being held by Hamas.

A Hamas spokesman Sunday called the development “evidence of criminality and barbaric occupation” by Israel.

The Goldin family in a letter released Sunday before the security cabinet meeting said the government had not done enough to bring home their son’s body, criticizing the government for returning terrorists’ bodies and sending goods to Gaza, Ynet reported.

“The state is allowing the massive entry of goods into Gaza that no government has done in the past,” the letter said. “While the state is creating water desalination factories in Gaza, the State of Israel doesn’t even demand to receive information about Hadar and Oron and isn’t conducting negotiations for their return. Anyone in the Israeli government who thinks this is a humanitarian issue must know that so is bringing bodies back to be buried. It is also a religious issue.”