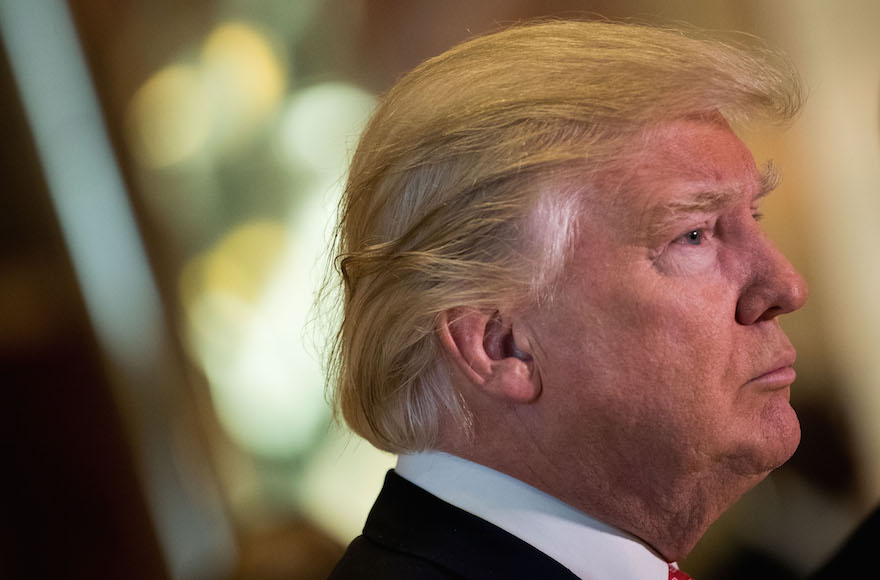 WASHINGTON (JTA) — Dozens of Washington-area rabbis urged President-elect Donald Trump to “reconsider” his campaign’s rhetoric and extend his agenda to all Americans.

The full-page ad appearing in Tuesday’s Express, a subway giveaway newspaper published by the Washington Post, welcomes the incoming administration “to our great city.”

“We expect that, first and foremost, your victory in this election prompts you to revisit your campaign rhetoric and the hate crimes it may have unleashed – even unwittingly – and reframe your agenda to include the voices of ALL the people residing within this great and pluralistic country,” said the ad, which was signed by 58 rabbis representing several Jewish religious streams.

Addressing communities that the ad said Trump’s campaign had made vulnerable, it said, “We are with you. We will not abandon you.”

“We understand that elections have consequences,” the ad said. “But we also must recognize that these consequences, should the campaign rhetoric be acted upon, could very likely cultivate a particularly precarious time for the vulnerable among us.”

The ad did not directly attribute hateful rhetoric to Trump, but described an elections cycle “marred by a disproportionate level of public vitriol and ridicule.”

The rabbis, saying in the ad that they spoke only for themselves, are employed by a range of congregations, including Humanist, Reform and Conservative, as well as an array of Jewish groups based in the area. There were no congregational Orthodox rabbis among them, although at least one signatory, who works for a group that reaches out to young Washington-area Jews, has an Orthodox ordination.

Hundreds of thousands of protesters are expected to be in Washington to attend the Women’s March on Washington the day after the Jan. 20 inauguration. A number of liberal Jewish groups are organizing events for them at the historic Sixth and I Synagogue in downtown Washington.