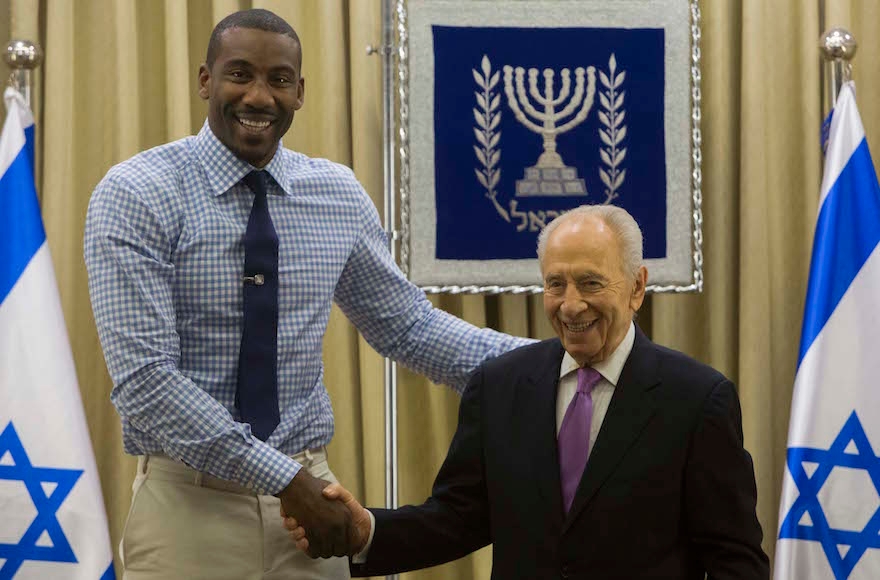 (JTA) — Six-time NBA All-Star Amar’e Stoudemire made an unlikely move in August, when he retired from the NBA and signed a two-year deal with the Israeli basketball team Hapoel Jerusalem.

But it seems the choice was the right one for the 34-year old basketball player, who raves about his “adopted homeland” in a recent interview with Sports Illustrated.

“I’ve never felt more at home, more tied to a place where I’m playing,” Stoudemire told the reporter over a Shabbat meal during Hanukkah in his Jerusalem home, featuring chicken, lamb, fish — and dreidel spinning.

Stoudemire isn’t Jewish but identifies with the Hebrew Israelites, African-Americans who believe they are connected to the biblical Israelites. He doesn’t eat pork or shellfish — he has even searched Jerusalem for a kosher butcher selling turkey bacon — but the Sports Illustrated writer also noted that Stoudemire thanked Jesus in a blessing said before the meal.

The 6-foot-10-inch athlete, who lives in a four-story house just blocks away from Prime Minister Benjamin Netanyahu’s residence, is helping to break down stereotypes about Israel.

“People say ‘Is it a war zone?’ and I tell them that couldn’t be further from the truth,” Stoudemire said in the article. “Beautiful country. Beaches. Desert. Great restaurants. Great people. On the Sabbath it’s so quiet. Everything shuts down for rest, for family time. How nice is that?”

One thing Stoudemire was a little less enthusiastic about? The skills of his Hapoel Jerusalem teammates. The team’s record is just above .500 in the Israeli Basketball Premier League, although it had a good start in the Eurocup tournament with a win Wednesday over the Russian Niznhy Novgorod squad.

“Let’s put it this way,” he said, “it’s more of a teaching situation. Like, here’s where you go on a pick-and-roll.” 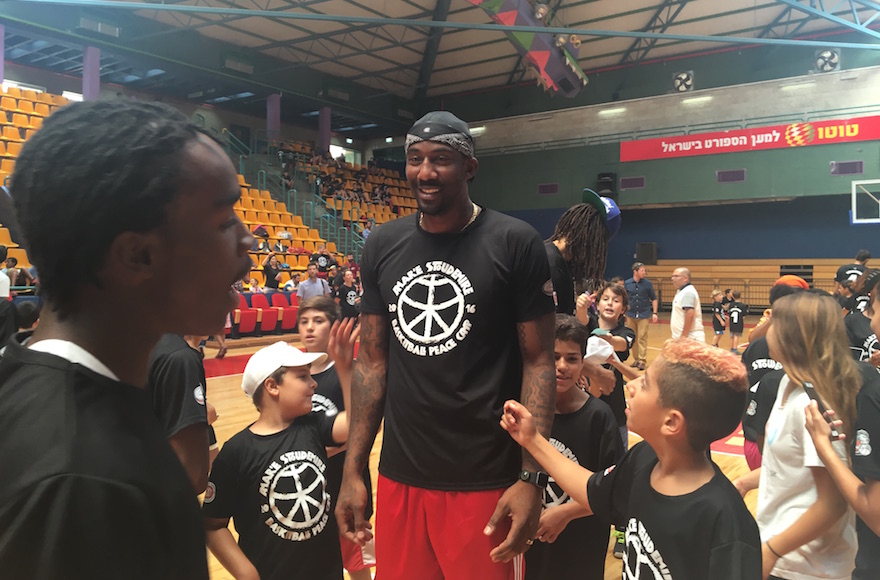