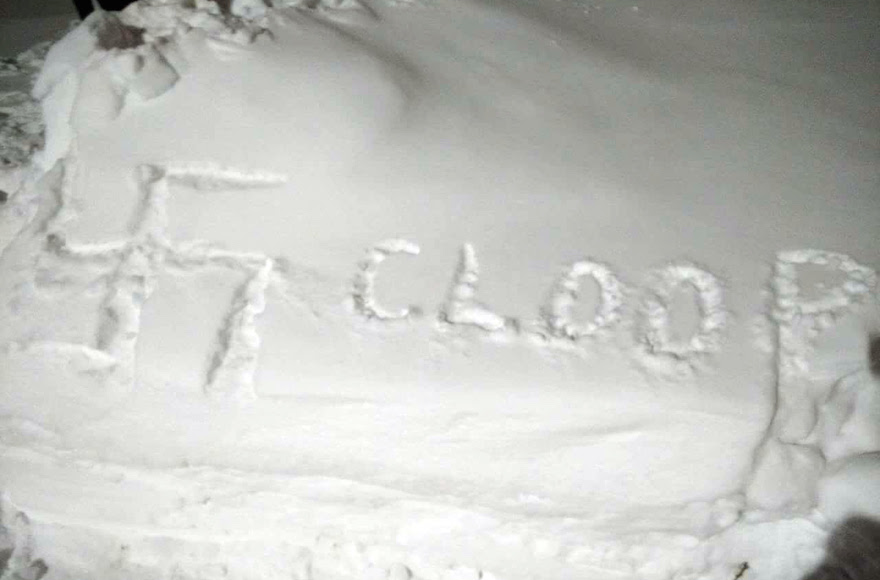 (JTA) — A swastika was drawn in the snow on the front lawn of a columnist for a Canadian Jewish publication.

The swastika and a sexist slur were drawn on Saturday night at the home of B’nai Brith Canada columnist Sara McCleary, who frequently writes about anti-Semitism. McCleary lives in Sault Ste. Marie, Ontario, which has a small Jewish population.

McCleary wrote in her column on the organization’s website Monday that at first she thought the drawn symbol was random, but then realized that she was being targeted.

“But the more I thought about it – and after seeking advice from a B’nai Brith professional who deals with hate crimes – the more I came to think that it was targeted at me,” she wrote. “I’ve said before in previous posts that I live in a small city with a tiny Jewish population. What are the odds that it would just so happen to be in my front yard, when my name and face is on the website of Canada’s foremost Jewish advocacy organization every week? No, this was clearly meant for me.”

Sault Ste. Marie police said Tuesday that they have opened an investigation into the incident. There are no suspects, a police spokesman said in a statement.

McCleary said she is angry and concerned.

“My main concern in all of this has been to protect my children and shield them from such actions,” she said. “Fortunately, they’re young enough that they aren’t aware of what’s happened, but one day they’ll be old enough to understand, and how do you explain to a child that people hate you just because of who your grandparents were or because of what you believe in and do behind closed doors? And the more I contemplate this question, the more I think of how many people have to have these conversations with their kids nowadays, and it breaks my heart.”