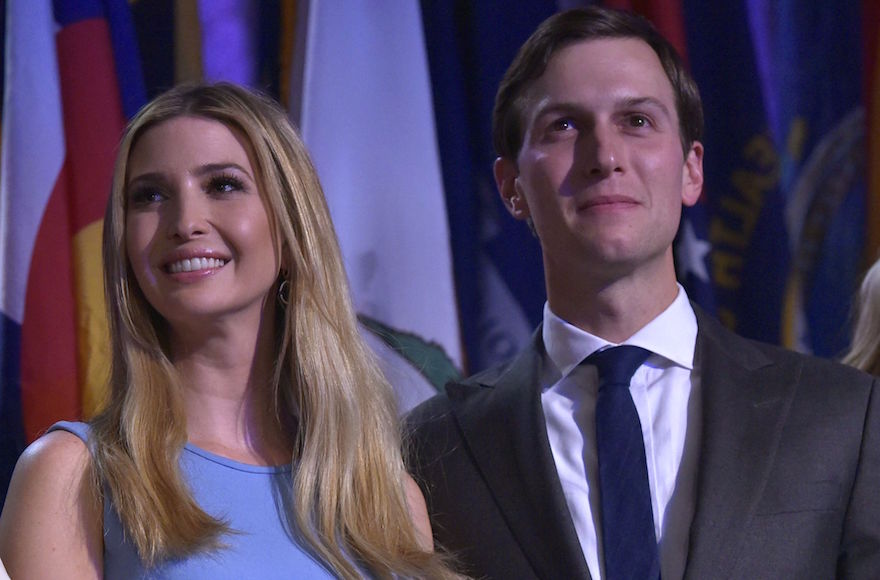 (JTA) — President-elect Donald Trump said that if his son-in-law Jared Kushner cannot produce peace in the Middle East, then “nobody can.”

Trump referenced Kushner, an Orthodox Jew who married Trump’s eldest daughter, Ivanka, after her Orthodox conversion to Judaism, during a VIP reception and candlelight dinner Thursday night at Union Station in Washington, D.C., ahead of Trump’s inauguration Friday.

“All my life I’ve been hearing that’s the toughest deal in the world to make. And I’ve seen it. But I have a feeling Jared’s going to do a great job,” Trump said. Addressing his son-in-law, he also said: “If you can’t produce peace in the Middle East, nobody can.”

Trump has named his son-in-law a senior White House adviser. Kushner, a wealthy businessman and real estate developer, served as a top confidante to Trump during the campaign.

“I sort of stole her husband,” Trump quipped about his daughter and Kushner.

Trump’s endorsement of Kushner for Middle East peace negotiator follows a series of statements in which Trump expressed confidence in Kushner’s abilities in that capacity.