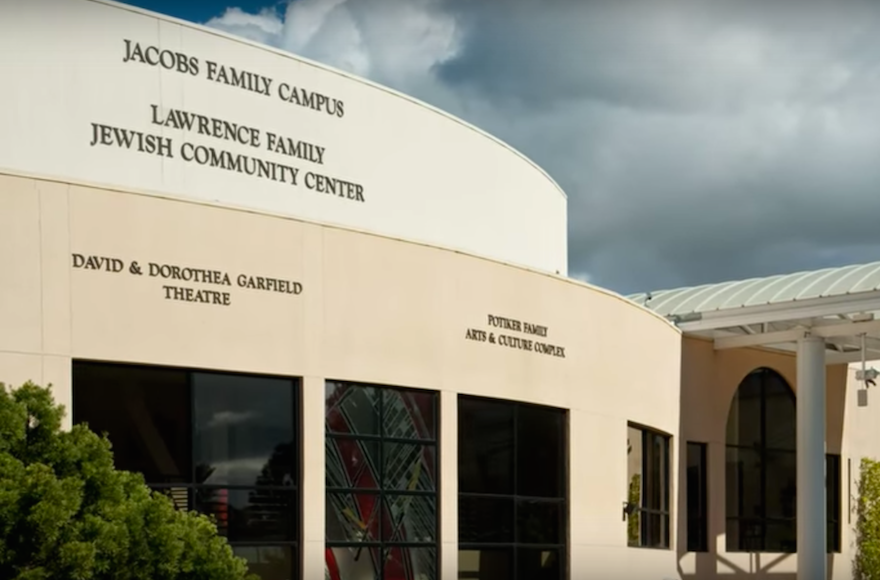 (JTA) — At least 17 Jewish community centers across the United States were targeted with bomb threats in the third wave of such mass disruption this month.

Paul Goldenberg, the director of Secure Community Network — an affiliate of the Jewish Federations of North America that advises Jewish groups and institutions on security — said the threats were called in late Tuesday morning. Some of the messages were live, he confirmed.

“[I]n the past we know that the numbers can grow exponentially,” he said, adding that perpetrators have been “leveraging technologies to make mass calls.”

The JCC in New Haven, Connecticut received a live call at 11:45 a.m. Tuesday threatening violence. The JCC is housed in several locations following a Dec. 5 fire, and evacuated about 100 people from those places following the call. After law enforcement determined that the threat was not credible, the evacuees returned. The New Haven JCC was also targeted in a wave of bomb threats about two weeks ago.

“We recognize that we live under a new set of circumstances that we have to be responsive to, and take every possible precaution to keep our people safe,” said New Haven JCC CEO Judy Diamondstein. “While we are disrupted, we refuse to be daunted by this.”

Diamondstein said the JCC has drilled safety protocols extensively in order to be prepared for a situation like this. Diamondstein had a previously scheduled meeting Wednesday afternoon with an FBI officer to sharpen procedures for dealing with an active shooter.

“We have been diligent in looking at our security for a while now,” she said.

Police respond to a bomb threat at Albany JCC pic.twitter.com/yh4OwlSn0X

Goldenberg said his organization was instructing the JCCs to be in touch with local police to determine if they should evacuate. The JCC MetroWest in West Orange, New Jersey announced an evacuation at 11:42 a.m.

“In light of the newest bomb threats, we must remain a resilient community, and we need to ensure that we are back at our JCCs as soon as local police advise the all-clear,” Goldenberg said.

He added: “Our Jewish community centers are focusing on security today more than ever before, and in spite of these continuous bomb threats I’m confident that our institutions are taking security seriously — and in many cases Jewish institutions are more secure than institutions frequented by the general public.”

On Jan. 18, some 30 Jewish institutions in at least 17 states received bomb threats. On Jan. 9, such threats were called into 16 JCCs across the Northwest and South, forcing the evacuation of hundreds.