Leading Jewish lawmaker in Britain: Trump should not be invited to address Parliament 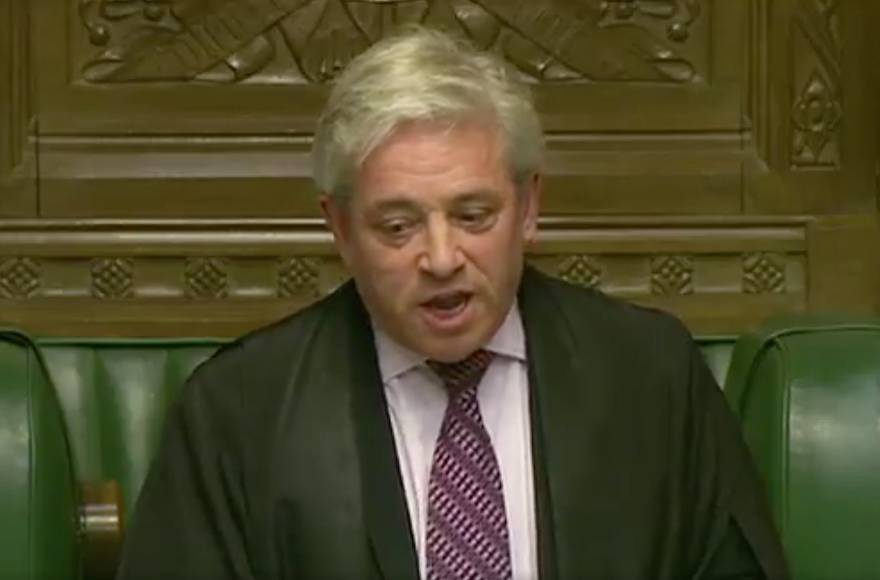 (JTA) — The Jewish speaker of Britain’s House of Commons said President Donald Trump should not be welcomed to address the British Parliament.

The speaker of the House of Commons says he would not invite President Trump to Parliament pic.twitter.com/AkKYaO7o9I

Trump was invited to visit Britain by Prime Minister Theresa May, who met with the president at the White House last month. Trump announced he would be visiting the United Kingdom later this year.

Bercow, whose paternal grandparents were Romanian Jewish immigrants to England, attended the Finchley Reform Synagogue and had a bar mitzvah, though he now considers himself secular.

As one of the three so-called key holders at Westminster Hall, Bercow said he would use his position to prevent Trump from addressing Parliament. Saying the decision whether to invite him to England at all is “way beyond and above the pay grade of the speaker,” Bercow said that opposition to racism and sexism and support for an independent judiciary are “hugely important considerations in the House of Commons.”

Addressing Parliament, Bercow said, is an “earned honor,” not an “automatic right.”