Israeli development aid is a win for Africa, Israel and American Jews 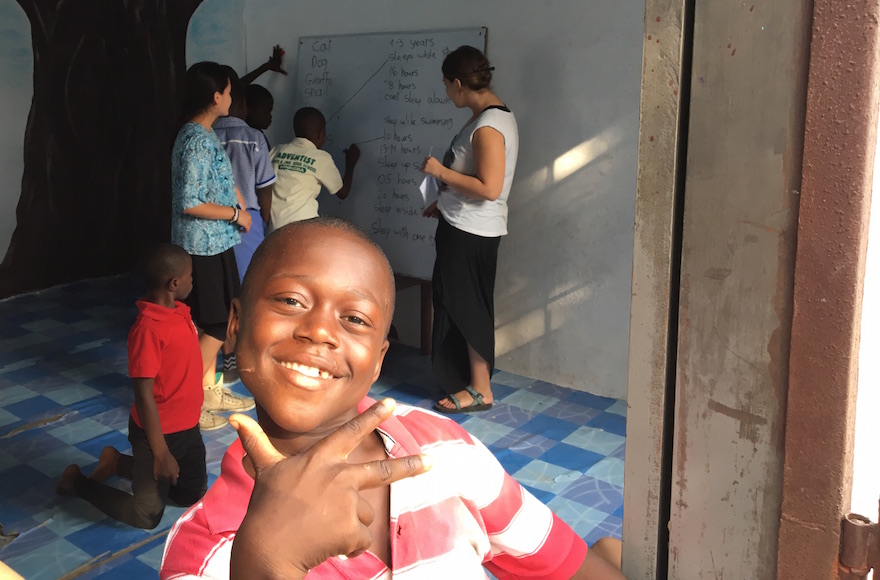 A look inside the Project Ten Volunteer center of the Jewish Agency. (Courtesy of Shimon Mercer-Wood)
Advertisement

(JTA) — Late last month, on the eve of Black History Month, a delegation of African-American journalists landed in Ghana to cover international development projects and the impact those projects are making in that West African country.

This in itself is nothing out of the ordinary. Africa in general and Ghana in particular have long held special importance for the African-American community. Leaders such as W. E. B. Du Bois, the Rev. Martin Luther King Jr., Malcolm X and Muhammad Ali have all made pilgrimages to Accra, Ghana’s capital, and returned describing the experience as a formative one.

Yet there was something truly unprecedented about this delegation: It was organized and led by the Government of Israel, and its focus was on Israeli-Ghanaian development work in the fields of education, health and agriculture. I will long cherish and be grateful for the honor and privilege of accompanying that delegation.

At the insistence of the Israeli ambassador to Accra, Ami Mehl, the program began with a visit to the slave dungeons of Cape Coast Castle. The walk through the dark, narrow, suffocating chambers where hundreds of thousands of people were held, stripped naked, gasping for air and wading up to their knees in human waste, brought to mind the Holocaust, with which we as a people are tragically familiar.

While bearing in mind the singular nature of the Holocaust, comparisons to the deliberate dehumanization of victims to render them incapable of resistance were unavoidable. I will never forget the experience of standing with the black journalists in front of the “Gate of No Return” through which their forefathers may well have passed, leaving behind their names, their culture, their tradition and their human dignity.

Emerging from that gate to see the brightly colored fishing boats of Cape Coast, and the children of present-day Ghana joyfully playing in the surf, evoked in me the experience of ascending from the painful exhibit at Yad Vashem to see the beautiful hillsides of liberated Jerusalem and the lively bustle of the Jerusalem-Tel Aviv highway. 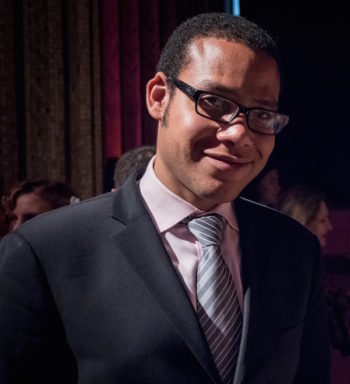 From Cape Coast, we traveled to the town of Winneba, where The Jewish Agency for Israel runs a Project Ten volunteer center. The center is operated by young Jews from Israel and the United States. (The director, Ori Schnitzer, hinted that volunteers from America were not as forthcoming as could be hoped.) It works with local partners on a range of development issues. We met a team of Israeli girls, fresh out of the army, who operate an afterschool clubhouse called “Books and Things,” where the children of Winneba receive not only a much-needed boost in literacy and life skills, but also attention, encouragement and patience that day-wage laboring parents are hard-pressed to provide.

“We are not only teaching them to read, we want to teach the kids to be imaginative and creative,” said Maya, 21, a volunteer from Karmiel.

Another group of young Israelis and Ghanaians were working together on a demonstration farm — a horticultural plot that will be used to study and introduce cheap but modern agricultural techniques and technologies for use by small-hold farmers in the region.

In Kumasi, we saw an award-winning early childhood education center practicing the methodology of Learning by Playing, introduced by Mashav, Israel’s Agency for International Cooperation. The teachers greeted us with a lively rendition of “Hevenu Shalom Aleichem.” From there we proceeded to a mother-and-baby neonatal unit where the “Kangaroo System,” introduced by Israeli medical trainers, has dramatically reduced the mortality rate of pre-term babies without reliance on expensive high-maintenance incubators.

Back in Accra, we were amazed by the cutting-edge 675-bed Ghana University Medical Center, modeled on the Sheba Hospital in Tel Hashomer and built by an Israeli company that provided a $217 million Israeli government loan, and more important, advanced training in Israel for 71 of the hospital’s medical staff.

All the projects exemplified Israel’s development strategy of “training the trainers.” Rather than bestowing financial gifts or donating expensive but short-lived equipment, Mashav identifies and empowers cadres of local leadership who will be quick to assimilate the Israeli know-how and technology and are willing to then train fellow professionals to do the same. The multiplier effect continues to make palpable impact on Ghanaian lives long after the Israeli teams have returned home.

To be clear: Israel’s Africa policy is not an exercise in public relations. It stems from Theodor Herzl’s vision, as set out in “Altneuland,” of the Jewish state as a partner of African emancipation, which in turn draws from the Abrahamic vow to be a blessing to all the families of the earth. It is also a sound diplomatic strategy to build long-lasting alliances with a continent on the rise, which for years has held six of the fastest growing economies in the world.

Yet Israel is justified in its desire to be recognized for what it is and what it does rather than being mistaken for that which its enemies portray it to be. The most insidious of these enemies work systematically to depict Israel as somehow inimical to Africans and African-Americans. Under the false flag of “intersectionality,” they have cynically sought to exploit racial justice campaigns in the U.S. to demonize and delegitimize the one Jewish state.

Our visit to Ghana and our encounter with the overwhelming pro-Israel sentiment of the Ghanaian people demonstrated that no lie could be more egregious. Even within the Jewish community, one occasionally hears some misguided souls making the perverse contention that American Jews must distance themselves from Israel so as to improve their relations with the African-American community. This last week, along with and projects like American Jewish support for the Agohozo Shalom youth village in Rwanda, proves to me beyond doubt that the reverse is true. Reinforcing ties with Israel and partnering with Israel’s good works in Africa can serve as a bridge between African-Americans and Jewish-Americans.

I left Ghana for New York with a wish that more American Jews could feel the pride and satisfaction that comes with witnessing and participating in Israel’s efforts to help Africa realize its immense potential. In recent years, Israel has been coming back to Africa and Africa has been coming back to Israel. The greater the participation of American Jewry in the effort, the richer and more robust this rapprochement will be.

(Shimon Mercer-Wood is the spokesperson and consul for media affairs at the Consulate General of Israel in New York.)