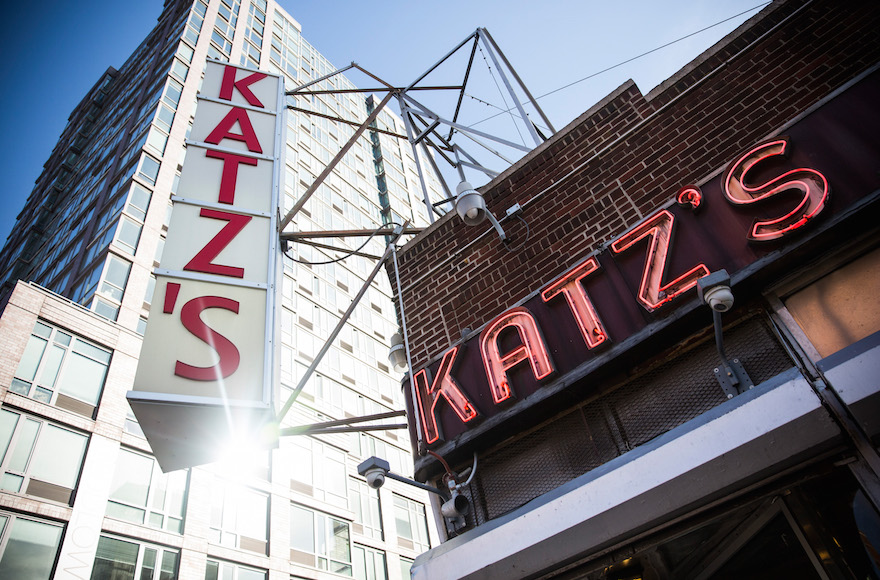 NEW YORK (JTA) — Katz’s Delicatessen, a fixture on New York’s Lower East Side since 1888, is opening its first outpost — in downtown Brooklyn.

The old-school deli, famous for the legendary “When Harry Met Sally” scene “I’ll have what she’s having,” will open an offshoot at the DeKalb Market Hall in April, AM New York reported Tuesday.

🌭In just a few short weeks we will be opening the first ever Katz's Deli outpost! Keep an eye out for us at the old Albee Square Mall! pic.twitter.com/l6L4TMxyBZ

The deli opened in Manhattan’s iconic Jewish neighborhood in the late 19th century as Iceland Brothers. When Willy Katz became a co-owner in 1903, the name was changed to Iceland & Katz and, in 1910, when Willy’s cousin Benny bought out the Icelands, the deli officially became Katz’s Delicatessen.

While the menu in Brooklyn will be smaller than at the deli’s original location on Houston and Ludlow streets, promotional fliers and hashtags on social media indicate that customers can expect Katz’s classics like pastrami, hot dogs and salami.

In January, Katz’s operated a temporary pop-up restaurant at the Only You Hotel Atocha in Madrid, Spain.