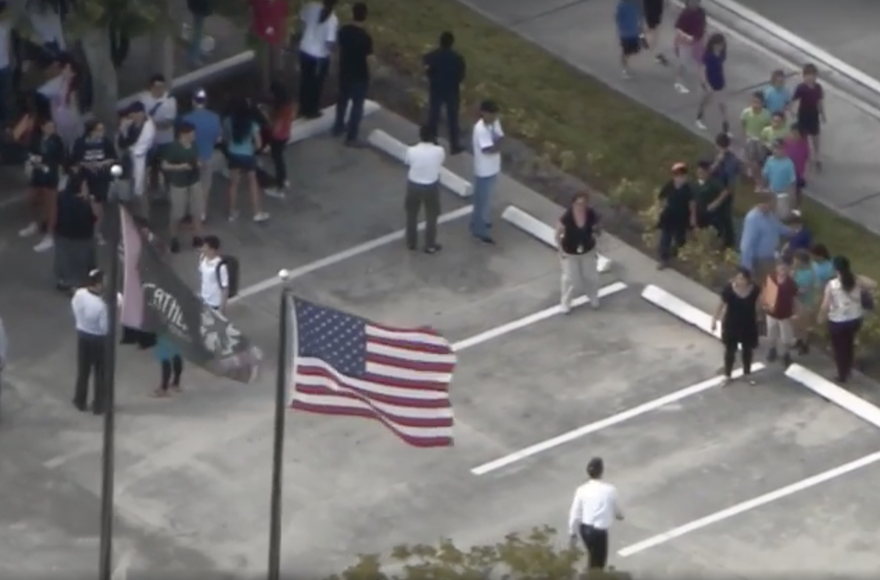 The scene outside of the JCC in Davie, Florida, after a bomb threat was called in, Feb. 27, 2017. (Screenshot from Facebook/WPLG)

(JTA) — The Federal Communications Commission has granted Jewish Community Centers throughout the country a temporary waiver allowing them to receive caller information, in response to the recent series of bomb threats on the Jewish institutions.

The waiver, approved on Friday, comes days after 29 JCCs and Jewish schools across the country received called-in bomb threats, the fifth such incident in less than two months. It was also approved the same day that a St. Louis man was charged for making at least eight bomb threats against Jewish Community Centers and the Anti-Defamation League.

The FCC said “there is good cause to grant such a waiver on an emergency basis due to a large number of recent bomb-threat calls targeting these facilities and substantial disruption and fear caused as a result.”

The decision also serves as a notice for public comment on whether to make the waiver permanent.

“I applaud the FCC’s decision to grant a special waiver to targeted JCCs, which will help us track down and identify perpetrators making threatening calls that frighten communities and waste the precious resources of local law enforcement. Already, one suspect has been taken into custody and I am hopeful today’s decision will help catch and deter any future copycats. All communities and entities targeted by intimidation and fear deserve access to all of the tools needed to ensure these criminals are brought to justice,” Schumer said in a statement.