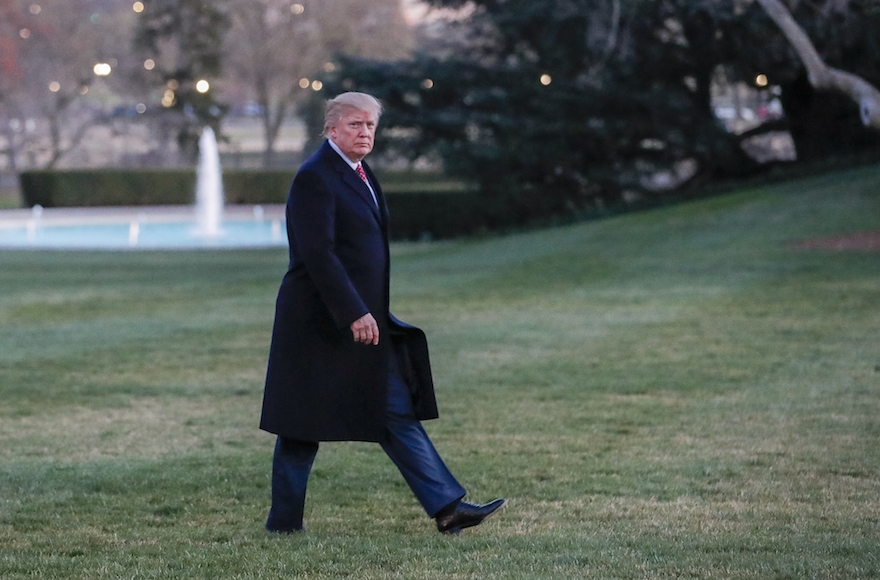 WASHINGTON (JTA) — The U.S. Senate unanimously joined in urging the Trump administration to take action to stem the wave of threats against Jewish community centers and other institutions, saying their viability had been made vulnerable by the harassment.

“We are concerned that the number of incidents is accelerating and failure to address and deter these threats will place innocent people at risk and threaten the financial viability of JCCs, many of which are institutions in their communities,” said the letter sent Tuesday.

The letter, which was coincident with a sixth wave of nationwide threats against Jewish institutions on Tuesday, was signed by all 100 senators and addressed to Homeland Security Secretary John Kelly, Attorney General Jeff Sessions and FBI Director James Comey.

“We encourage you to communicate with individual JCCs, the JCC Association of North America, Jewish Day Schools, Synagogues and other Jewish community institutions regarding victim assistance, grant opportunities or other federal assistance that may be available to enhance security measures and improve preparedness,” the statement said. “We also recognize the anti-Semitic sentiment behind this spate of threats and encourage your Departments to continue to inform state and local law enforcement organizations of their obligations under the Hate Crime Statistics Act and other federal laws.”

The threats, which have reached well over 100 institutions since the beginning of the year, are under investigation by the FBI and other federal authorities. Federal officials have briefed Jewish community leaders.

Lawmakers in recent weeks have suggested additional measures. Last week, members of the U.S. House of Representatives caucus to combat anti-Semitism proposed that Trump name someone to coordinate the investigation across government agencies. A separate Senate letter is circulating that proposes more than doubling the $20 million now available to non-profits for security upgrades, from $20 million to $50 million.