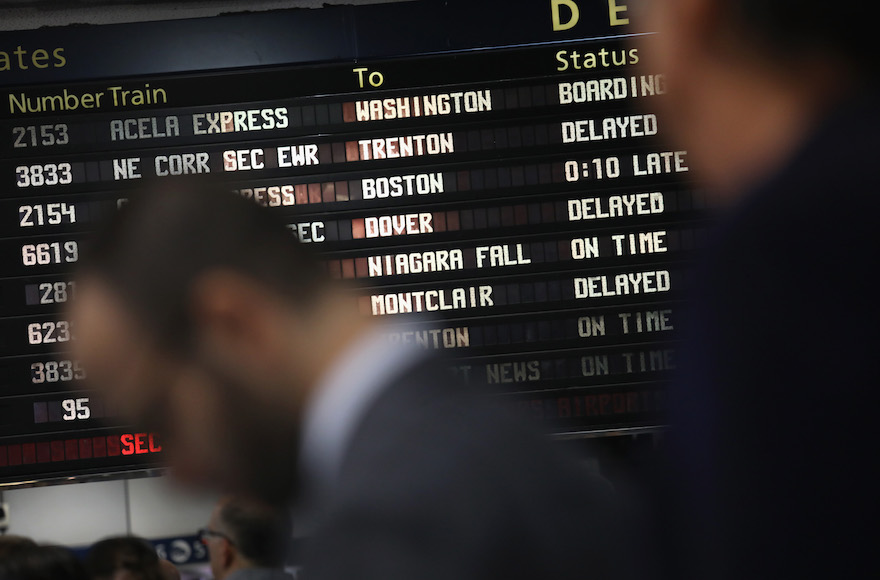 (JTA) — A Brooklyn man has been arrested for drawing swastikas and other graffiti in men’s bathrooms at Penn Station.

New York’s Metropolitan Transportation Authority, or MTA, said in a statement Monday that detectives from the transit service arrested Pasquale Vargas, 65. He is accused of multiple incidents of hate-crime graffiti at Penn Station since Feb. 28, according to the MTA.

Vargas admitted to writing the graffiti during an interview with MTA police, according to the statement. He was arrested while carrying a black Sharpie permanent marker in his bag.

He was charged with eight counts of criminal mischief in the fourth degree, which are being prosecuted as hate crimes.

“This arrest sends a clear message that all hate crimes will be thoroughly investigated, and we will prosecute those found responsible for perpetrating these reprehensible actions,” New York Gov. Andrew Cuomo said. “We have zero tolerance for these acts of bigotry, which stand in direct contrast to the values that we New Yorkers represent.

In February, a rider on the Manhattan subway led his fellow commuters in cleaning up swastikas drawn in permanent marker on the train’s maps, advertisements and windows.