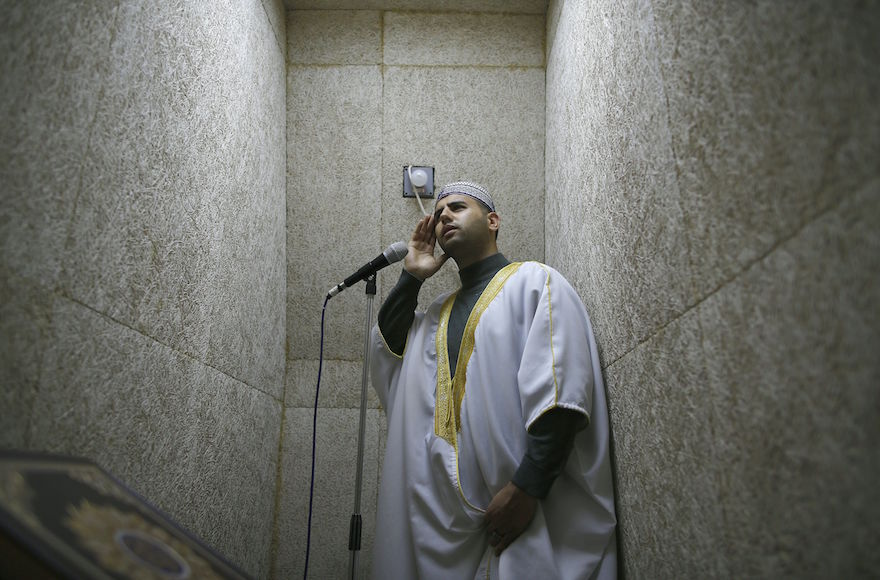 JERUSALEM (JTA) — A bill that would limit the volume of the muezzin’s call to Muslim prayer passed its first reading in the Knesset.

The so-called muezzin bill, which would limit the volume of the call to prayer and the loudspeakers of all religious institutions during the day and silence them at night, passed its first reading in the full Knesset late Tuesday night by a vote of 55 to 48.

The vote came after several hours of debate that included loud shouting that led to the removal from the chamber of lawmaker Ayman Odeh, chairman of the Joint Arab List.

“It’s an important Islamic religious ceremony, and we have never here interfered in any religious ceremony that affects you in Judaism. Your actions are a racist attack. You are interfering with the delicate soul of Muslims and harming the faith of Islam,” Odeh said during the debate, before ripping a copy of the bill in half.

“The muezzin bill is nothing more than persecution of the Arab community, of Arab presence in the public sphere and against the Arabic language,” Odeh said after being removed from the Knesset chamber.

The call to prayer comes from a minaret of the mosque five times a day, including very early in the morning. In modern times, the mosques use loudspeakers make the call.

Haredi Orthodox lawmakers have opposed the bill, fearing it would also prevent the siren that sounds in many communities to herald the start of the Jewish Sabbath.