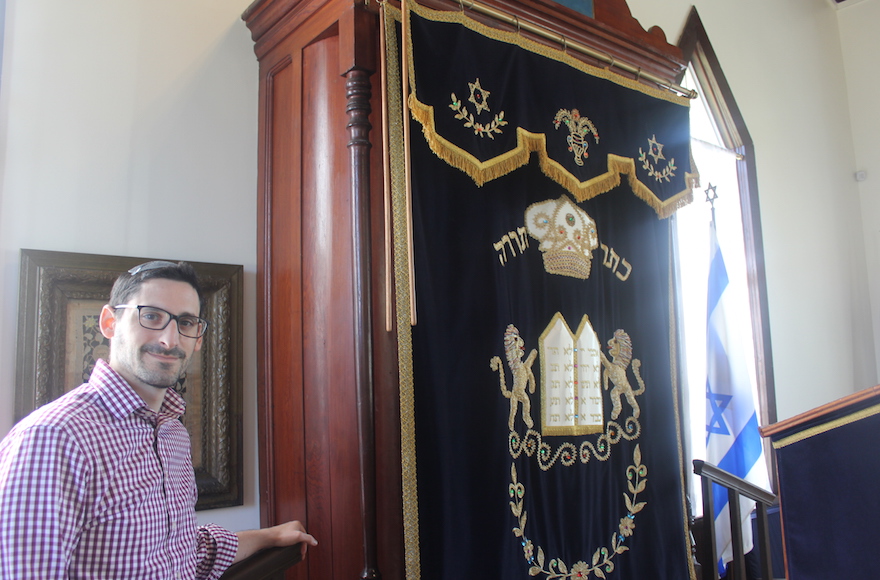 The historic synagogue with iconic white wooden walls is one of the oldest shuls in Texas, where the first Jewish congregation popped up in the 1850s. But like countless residents of this up-and-coming boomtown, B’nai Abraham is an Austin transplant. For generations, the chapel served the small Jewish community in Brenham, 90 miles to the east. But as the Jewish population there disappeared, the decision was made to move it to a Jewish community whose best days appear to be ahead of it.

So in late 2015, the shul building was cut into three pieces and driven on flatbed trucks from Brenham and installed at the Dell Jewish Community Campus in northwest Austin.

Today the shul is home to Tiferet Israel, the main Orthodox congregation in Austin and a sign of the growing Orthodox population in this city.

“This is a very active shul that is accepting and embracing of everyone,” said Tiferet Rabbi Daniel Millner. “Every person in this synagogue is essential to its success.”

It’s not clear how many Orthodox Jews live in Austin, but their numbers are growing. In just the past three years, the congregation has mushroomed from 30 members to 85.

At the same time, the Orthodox infrastructure in this city has improved significantly. In 2015, the community erected an eruv enclosure, which allows Jews to carry on the Sabbath, covering a wide swath of the Northwest Hills surrounding the JCC. The Chabad-run mikvah ritual bath was renovated in January 2016. And the kosher section of the H-E-B supermarket near the JCC – it includes a deli, bakery and meat market — was redone in 2015 and features a wide variety of Israeli snacks and glatt kosher food.

Next month, representatives from Austin’s Orthodox community plan to travel to New York for the Orthodox Union’s April 30 Jewish Communities Fair in an attempt to lure other Orthodox families to town, singing the praises of living in Austin and raising kids in the wide open spaces of central Texas.

With the cost of living continuing to climb in New York, the nation’s largest Orthodox population center, the Orthodox Union is bolstering its effort to encourage Orthodox families to consider living in cities elsewhere around the country where prices for housing, day school tuition and other Orthodox necessities are lower.

The rising attendance at the biannual Jewish Communities Fair, particularly among young families, is a sign of the growing interest in such alternatives. In 2015, some 1,500 people attended the fair; this year 2,000 are expected.

“Orthodox Jews are beginning to think out of the box about places to move to,” said Rabbi Judah Isaacs, director of Community Services for the O.U. “Torah life is flourishing outside of the Five Towns, Brooklyn and Teaneck, too. Every year, we have more and more synagogues and yeshiva day schools from across North America coming to present to our young families.”

Austin, which is in the headlines this week for hosting the annual South by Southwest Festival, a mashup of tech, music and film leaders, is one of the communities presenting this year at the fair.

Millner has high hopes for the community, saying Austin could be a draw for observant Jews for the same quality-of-life reasons the “Silicon Valley of the Southwest” continues to attract hordes of newcomers of all types.

Austin has a booming jobs market and tech industry and is renowned for its universities, natural beauty and laid-back culture. It’s like a sunny version of Portland, Oregon — with more barbecue and football. Known as the Live Music Capital of the World, Austin makes worldwide headlines every March for hosting the massive SXSW Festival.

Now the 11th-largest city in America, Austin largely has shed its image of an overgrown college town. While it still draws free spirits, the Texas capital  is now a proper big city with an estimated 15,000 to 18,000 Jews, according to Shalom Austin, the umbrella group of the greater Austin Jewish community. The community has about 10 synagogues, three of them on the Dell campus.

While Austin real estate costs have soared in recent years, housing remains significantly cheaper than in New York and many U.S. cities with large Orthodox populations. The median home price in Travis County, home to Austin, is $301,000, compared to $692,000 in Brooklyn and $446,000 in Bergen County, New Jersey, according to the real estate website Zillow. Texas also has no state income tax.

With so many new arrivals, native-born Austinites sometimes are called unicorns because of their rarity. Rabbi Mendy Levertov, director of Chabad Young Jewish Professionals of Austin, is one such unicorn. His father, Rabbi Yosef Levertov, has headed the Chabad of Austin since the early 1980s and is the longest-serving rabbi in town.

“There’s always been a push to build an Orthodox community in Austin,” the younger Levertov said in an interview.

The biggest challenge, he said, is the lack of a mainstream Orthodox day school – something the Orthodox communities in Houston, Dallas and San Antonio all have. For now, the only Jewish day schools here are the nondenominational Austin Jewish Academy and the very small Chabad-run Hebrew preparatory school.

Austin is hardly the only growing Orthodox community hoping to lure new members. Houston and Dallas are also on growth trajectories, and communities in South Bend, Indiana, and Charleston, South Carolina, are among the many others expected at the O.U.’s Jewish Communities Fair.

So is Las Vegas, which has a disproportionately large amount of Orthodox infrastructure owing to its high number of Jewish and Israeli tourists. The city, with an estimated Jewish population of 70,000 to 100,000 (the last Jewish population study, in 2005, counted 67,500 Jews), has at least 10 synagogues, nine kosher restaurants, four Jewish day schools and three mikvahs.

“You’re coming to a community where you have all the kosher amenities and infrastructure that you need, but also the benefits of a small community,” said Rabbi Avi Anderson, associate rabbi of Young Israel Aish of Las Vegas, who moved to the city two years ago from New York. 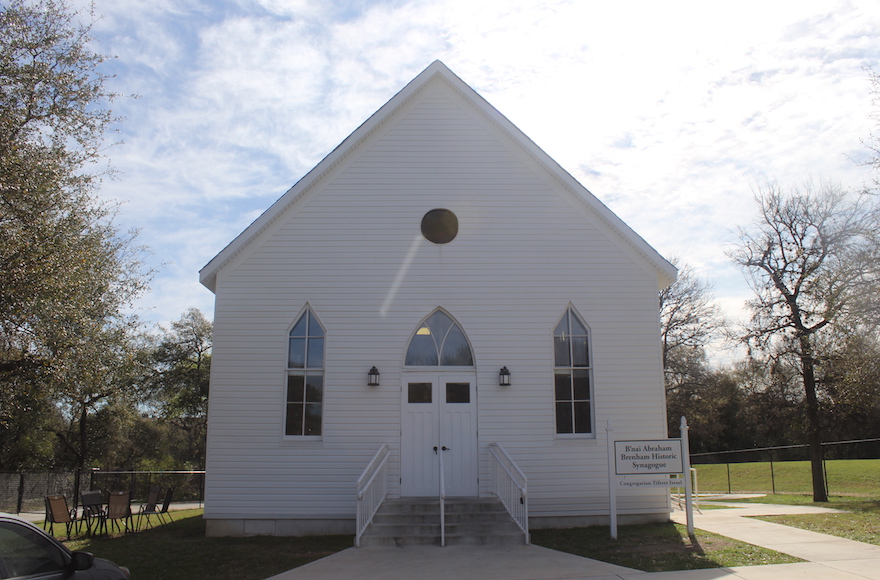 B’nai Abraham, the oldest synagogue in Texas, was trucked to Austin in 2015 from Brenham, 90 miles to the east, to get a second life in a city with a more vibrant Jewish population. (Ben Hartman)

Anderson said the quality of life and lower cost of living make Las Vegas a great option for Orthodox families looking to live “out of town” – outside of New York. Although many still associate Las Vegas with the late Jewish gangsters Meyer Lansky and Bugsy Siegel, moving to Las Vegas does not mean living knee deep in the depravity of Sin City, Anderson said, noting that the Jewish neighborhoods are separate from the city’s infamous strip.

Rabbi Nachum Meth, a native of Silver Spring, Maryland, moved to Las Vegas in 2013 and currently serves as the executive director of the Community Kollel of Greater Las Vegas. He says that in the absence of Jewish families with deep roots in Las Vegas, friendships among Jews there tend to be stronger than in other cities because people rely more heavily on friends in the absence of extended family.

“It takes a bit of a pioneer outlook,” Meth said of Orthodox living in the city. “This is not the Northeast where you have all the options. It’s limited but still growing.”

In Austin, Millner, the rabbi at Tiferet, also uses the word pioneer – albeit the Hebrew version, “halutz” — to describe Orthodox living in the city.

“Here you have to actively work to create and assert your identity as an Orthodox Jew — you have to be a halutz to make that happen,” he said.

On the plus side, that means every community member has the potential to make an outsize impact.