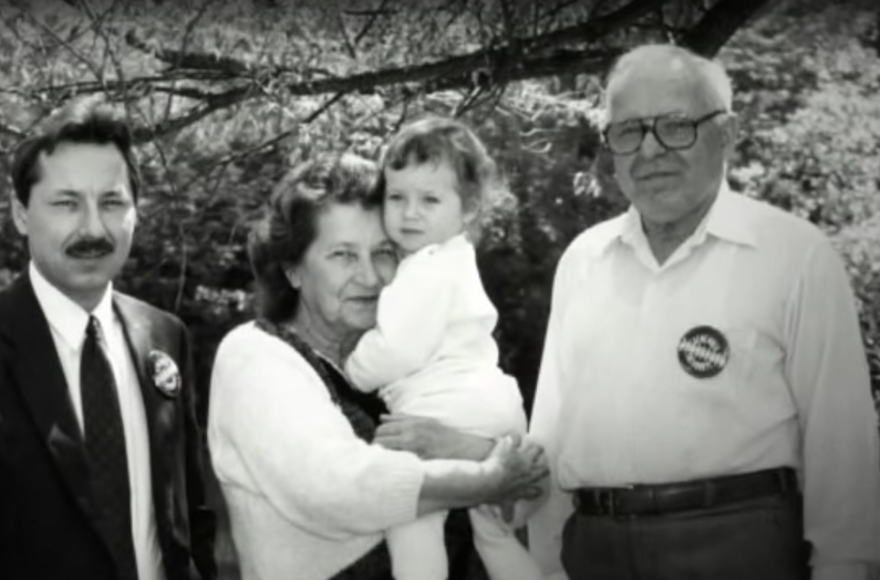 (JTA) – The son of a 98-year-old Minnesota man accused of participating in Nazi war crimes has called for the evidence against his father to be released.

Andriy Karkoc, the son of the Minnesota man first identified by The Associated Press as Michael Karkoc, called on Amy Klobuchar and Al Franken, the two Democratic senators from Minnesota, to intervene in his father’s case “on legal and humanitarian grounds” and to investigate the source of the evidence against him, AP reported Saturday.

“My father was, is, and remains an innocent man,” his son said Saturday.

The arrest warrant issued Wednesday by the regional court in Lublin is the first step toward requesting the extradition of Michael Karkoc, AP reported.

Poland’s Institute of National Remembrance–Commission for the Prosecution of Crimes against the Polish Nation said in a statement on its website that Michael Karkoc was one of the commanders of the SS Galicia Division, also known as the Ukrainian Self-Defense Legion, a unit that burned Polish villages and killed civilians during World War II. He is accused of playing a role in the murders of civilians in the villages of Chłaniow and Kolonia Władysławin in July 1944.

He did not mention his Nazi past when he entered the United States in 1949, which would have prevented him from entering the country, the AP reported.

Andriy Karkoc said his father served “honorably” with the Ukrainian Self Defense Legion, and that he cannot be judged by the actions of other people in the unit.

Michael Karkoc now lives in a nursing home in Minneapolis, according to The New York Times. Its report cited family members as saying he has dementia and is not fit to stand trial.

In a Ukrainian-language memoir published in 1995, Michael Karkoc said he helped found the Ukrainian Self-Defense Legion in 1943 in collaboration with Nazi officers to fight on behalf of Germany and against the Soviet Union, the Times reported.

He must appear in court in Poland since the country does not recognize trial in absentia, according to AP.