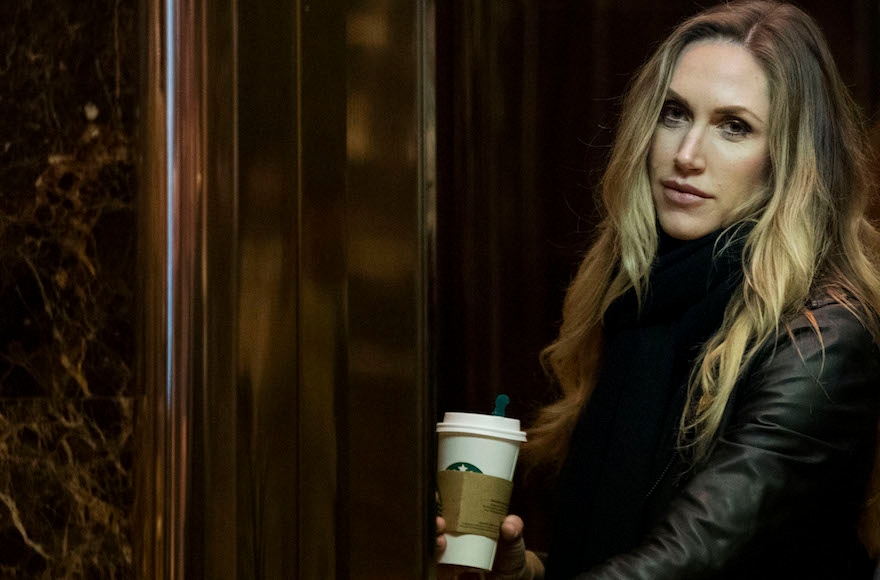 The answer, it turns out, is no.

Though media outlets (including JTA) widely reported that she is Jewish, she is in fact not a Jew, a White House Press Office representative confirmed to JTA on Tuesday. The representative declined to give her name.

Following a Monday announcement by the couple that they were expecting a baby boy, it seems Jewish media outlets went into a bit of a baby frenzy.

The false impression that Lara Trump (nee Yunaska), a former personal trainer and producer for CBS’s “Inside Edition,” is Jewish seems to trace back to a 2014 Page Six article in the New York Post that said the couple wed under “a crystal-embellished chuppa” (with Jewish brother-in-law Jared Kushner officiating). It’s not clear whether the canopy was, in fact, inspired by Jewish custom, but following the publication of that article, Jewish media outlets (along with some anti-Semitic ones) referred to her as Jewish.

Ethnicelebs.com, a website that traces the ancestry of celebrities, debunked the claim in July — reporting Lara instead to be of Slovak, English, German, remote Swiss-German and Dutch heritage — but that didn’t put the rumor to rest.

At JTA, we should have checked before running with the unsubstantiated information.

Lara and Eric’s baby will still be surrounded by plenty of Jewish influences. He will have three Jewish cousins: the children of Trump’s daughter Ivanka, a convert to Orthodox Judaism, and her husband, Jared. Plus, another Trump daughter, Tiffany, is dating Ross Mechanic, who is Jewish.