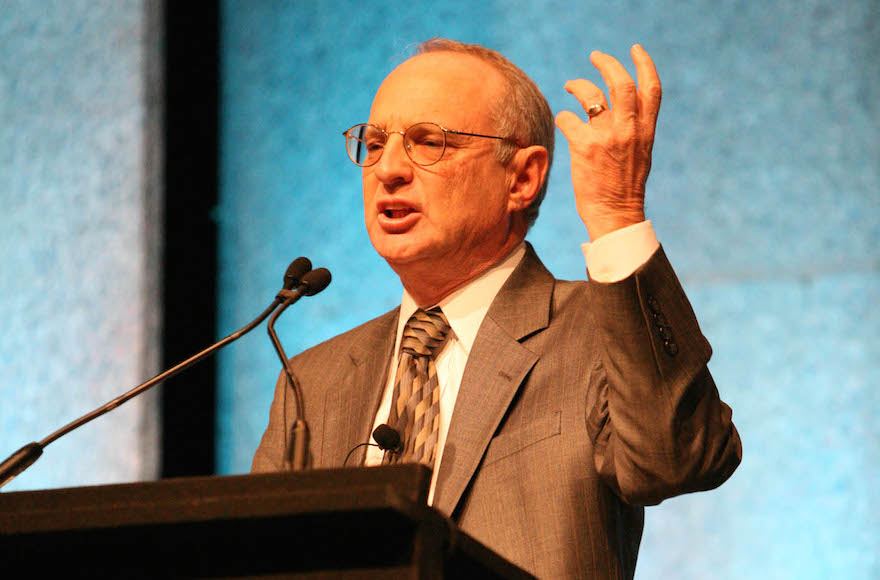 Rabbi David Saperstein has been named senior adviser for policy and strategy by the Union for Reform Judaism. (Religious Action Center)
Advertisement

(JTA) — Rabbi David Saperstein has been named senior advisor for policy and strategy by the Union for Reform Judaism.

Saperstein, a veteran civil rights activist who served as director and counsel of the Religious Action Center of Reform Judaism for 40 years, will return to the URJ senior staff on April 1, the organization said in a statement.

For the last two years under President Barack Obama, Saperstein, 68, served as the U.S. ambassador-at-large for international religious freedom, the nation’s top diplomat on religious freedom issues, working closely with members of Congress on both sides of the aisle.

Saperstein, who will continue to serve in his current role as director emeritus of the Religious Action Center, in his new position will work on high-level projects to help advance the Union of Reform Judaism’s core priorities, the organization’s statement said. Among his responsibilities will be speaking, writing and teaching on behalf of the URJ, and raising awareness and fundraising for the RAC and URJ’s initiatives in North America.

ADL poll: Anti-Semitic violence is on the rise in America — but anti-Semitic attitudes are not