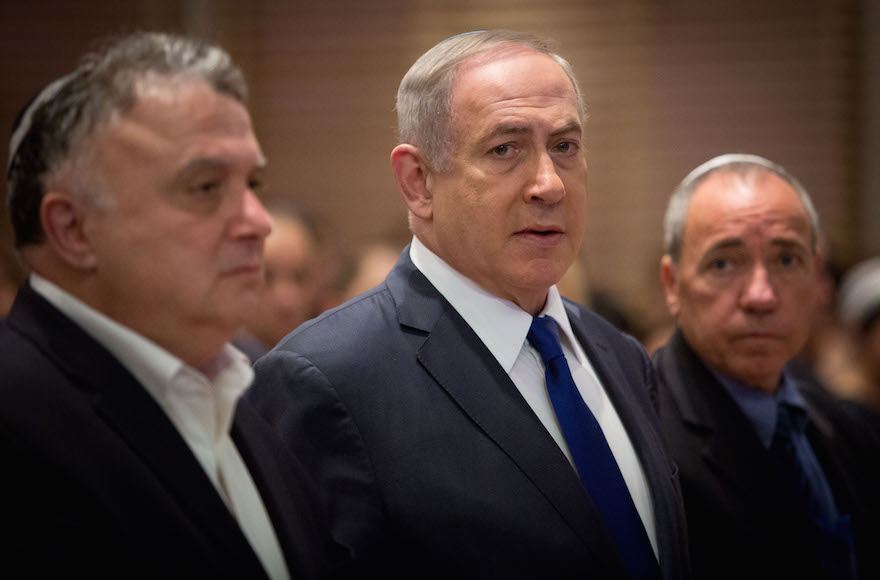 BUENOS AIRES, Argentina (JTA) — The support expressed by Israeli Prime Minister Benjamin Netanyahu in January for President Donald Trump wanting to build a wall separating the United States and Mexico has triggered an “alarming” wave of anti-Semitism online, according to an Argentine Jewish watchdog.

A report by the Argentine Observatorio Web released earlier this week analyzed comments in 22 online articles from the major Mexican newspapers El Universal, Excelsior and Milenio and concluded that nearly 40 percent of the comments were anti-Semitic. The most recurrent themes were the vindication of Adolf Hitler, the representation of Jews as avaricious, greedy, usurers and guided purely by economic interest.

Some 35 percent of the comments were negative about the Israeli government but without anti-Semitic expression, according to the report.

“This particular case is one of the first times where we see that the criticism is directed towards” Netanyahu, Ariel Seidler, director of the Observatorio Web, told JTA.

The Observatorio Web is a cooperative project of the Argentine Jewish political umbrella, DAIA; the Latin American Jewish Congress, and the AMIA Jewish center of Buenos Aires.

In late January, Netanyahu said on Twitter that “President Trump is right” in response to a tweet on Trump’s campaign promise to build the border wall to prevent illegal immigration.

“I built a wall along Israel’s southern border. It stopped all illegal immigration. Great success. Great idea,” Netanyahu said in a tweet that featured American and Israeli flag icons. The White House later retweeted the message.

“We registered 19 percent of negative expressions [about Israel] online in comments in Spanish-language newspapers during 2016. In the Spanish-language media in Latin American, when Israel is in the headlines, the anti-Semitic comments online register a significant rise,” he added.

The report not only stressed alarm about the anti-Semitic commentary on media forums, but also “the lack of discernment by the readers between Israel and the Jewish community.”

The report analyzed the forums of opinions by readers of the three Mexican newspapers, not the media coverage. According to the Web Observatory, the forums mirror people’s opinions.

In the articles that mention the statement made by the Mexico Jewish Community rejecting Netanyahu’s statement, anti-Semitic comments grow to 57 percent.

A steady trend analyzed by the Centre for Social Studies of the DAIA is that anti-Semitism continues to grow online, even in years in which anti-Semitic incidents dropped.

Stemming from a growing concern over anti-Semitic messages, the Observatorio Web was founded in March 2010 to combat discrimination on the web.