This Canadian model is a comedy sensation in Israel 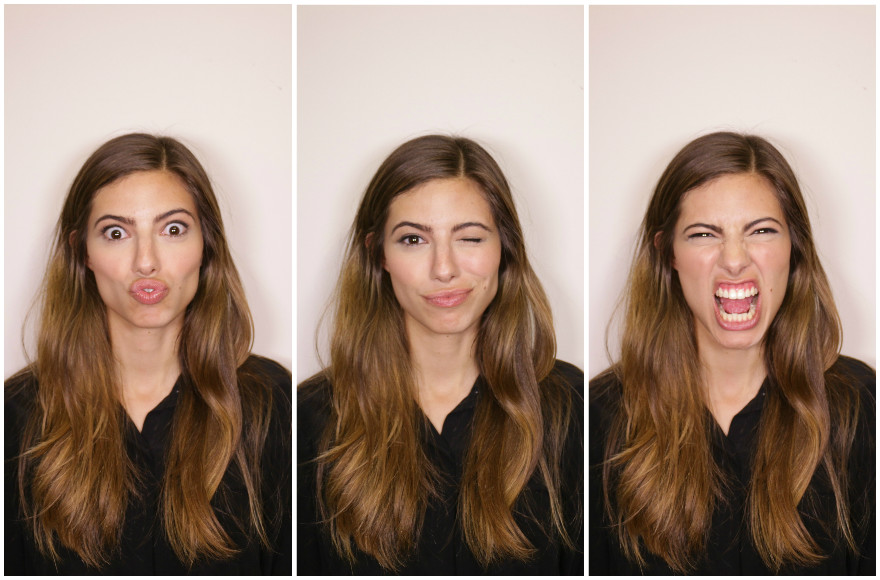 Yet in the past several months, she has become famous in this country for her comedic commentary on Israeli culture. Millions watch her Facebook videos — and she is recognized on the street.

“Renny, can I get you something?” a star struck waiter at a local café asks her in English on Thursday. “Your videos are the best.”

Most of the subjects Grinshpan, 26, jokes about are old hat to her audience. Recent videos have dealt with Israelis’ love of weddings, marijuana and indignation about the existence of winter. But when she makes the observations in English — with her over-the-top charisma and model good looks — Israelis laugh and click “Share.”

“I’m just telling Israelis what they know already about their own thing,” she says after ordering a Goldstar beer from the waiter, in Hebrew. “I think the only reason why it works is because it’s coming from someone who’s not Israeli, and I guess because I say it with a little oomph.”

After making aliyah in June 2014, Grinshpan worked as a video producer and model for about two years. Her big break came in May when she was cast in The Israeli Girls, an all-female comedy group that makes irreverent Facebook videos from an Israeli woman’s perspective.

Grinshpan is the only member who performs in English. The others speak to her in Hebrew, which she understands well and slips in on occasion.

Leah Lev, another of the five core members of the The Israeli Girls, says that Grinshpan highlights aspects of the Israeli experience that others take for granted. Performing in English works as part of Grinshpan’s shtick, she says.

It helps, Lev adds, that Israelis love observational humor and are interested in how they appear to outsiders.

“First of all, Renny’s amazing. She’s super funny and charming and interesting, and people just want to see her,” Lev says. “I also think that because Renny isn’t a native speaker and wasn’t born and raised here, that’s what makes her so fresh and interesting. People want to hear how she sees everyday life.”

The target audience for The Israeli Girls is Hebrew speakers, but English speakers also watch Grinshpan’s videos. New ones often show up on the English-language Facebook page Secret Tel Aviv.

Grinshpan’s most popular video is a tutorial on Hebrew slang that has been viewed 1.7 million times on Facebook since it was posted in September. Standing alone in front of the camera, she goes through the (English) alphabet from “achi,” or “brother,” to “zomer,” or “go with the flow.” At the letter “h,” for example, she explains: “Haim sheli, meaning ‘my life,’ can be used to address even your most casual acquaintances.”

The 11,000 comments are mostly from viewers praising the video in Hebrew and English and tagging their friends who allegedly need to learn “real” Hebrew.

Grinshpan has been bridging North American and Israeli cultures her whole life. The youngest of three daughters, she was born and raised in a Reform Jewish community in Toronto by a Canadian mother and an Israeli father. Although the family did not speak Hebrew at home, they were connected to Israel and visited relatives in the country often.

Since making aliyah, Grinshpan has avoided the “Anglo” bubble of English speakers. She lives in central Tel Aviv with her fiance, a 29-year-old strategy consultant, and spends nearly all of her time with native-born Israelis.

“Renny has made a lot of friends in Israel, and of course her fiance really connects her to the culture. He is one of the most Israeli men I’ve ever met,” Lev says, laughing. “And of course, I’m here and our whole crew is here if she needs something. But she gets along pretty well just with the internet. It’s actually pretty cool to see.”

Though a thoroughly secular bacon lover, Grinshpan is unquestioning in her love of Israel, which comes across in her comedy and softens the jokes she makes at the country’s expense. She is also decidedly nonpolitical. In her video from last month making fun of Israelis’ obsession with living abroad, she says, “At least I’m direct about the fact that Israel is my favorite place in the world. Every other Israeli you meet is in the process of getting a foreign passport and considering living abroad for a few years.”

In the past several weeks, Grinshpan has started doing more independent videos, including one last month on International Women’s Day in which she rushes around the block near her apartment demanding, in mixed English and Hebrew, that Israeli women celebrate with her.

Although Grinshpan still occasionally models and produces a YouTube cooking show with her sister, the Canadian celebrity chef Eden Grinshpan, she is trying to focus on comedy. This week, she did her first two standup shows at the Dancing Camel, a Tel Aviv bar popular with English-speaking immigrants.

Finding acting work as a non-native Hebrew speaker is difficult, she says, and eventually she and her fiance will probably return to Canada, at least for a while.

“Sometimes I wonder what the hell I’m going to talk about there,” she says. “What’s my angle going to be?”