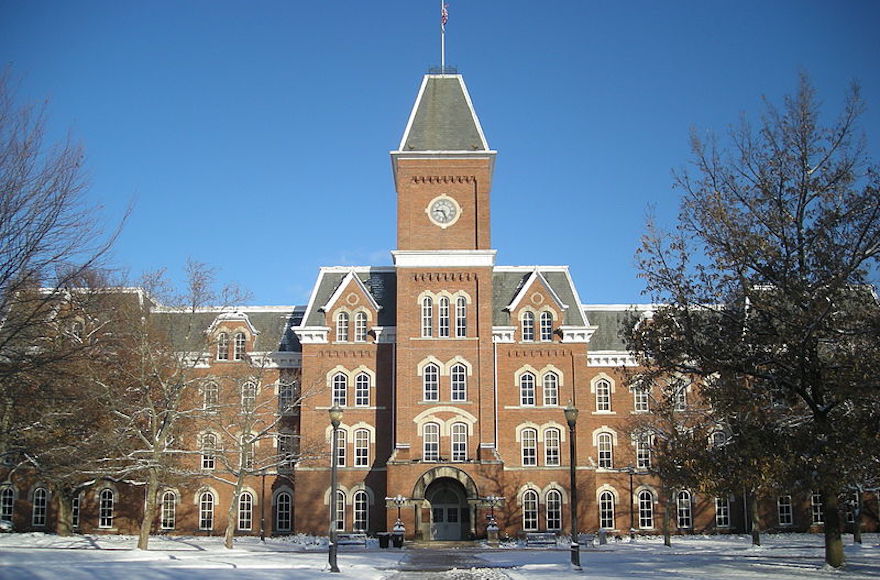 (JTA via the Forward) — Last week, Ohio State University Hillel was accused of being anti-LGBT because it was forced to disassociate with a Jewish LGBT campus group, B’nai Keshet, after the group decided to co-sponsor a fundraiser for queer refugees with Jewish Voice for Peace. I was shocked to hear this accusation and wanted to understand where it had come from and why.

Being gay and Jewish, I’m fortunate to have a supportive community in my life at Ohio State University, which has allowed me to be active throughout campus as a university ambassador, a brother of the Zeta Beta Tau fraternity and a Morrill scholar for the Office of Diversity and Inclusion, to name a few.

My engagement with OSU Hillel has absolutely made me feel more comfortable as a Jewish college student, especially amid rising anti-Semitic incidents across the country, and I have found an inclusive, welcoming community for LGBT Jews. But recently, this support has been under attack.
I sat down with both friends supporting Hillel’s recent actions and with friends who feel Hillel has an anti-LGBT impact. After hearing about the issue from both perspectives, I feel it’s essential to correct some misconceptions.

First, Hillel’s facilities and programs are open to everyone, and that includes individuals of all gender identities and sexual orientations. Hillel has had programming for the LGBT community for more than 20 years, including an annual Rainbow Seder for Passover. A. Rainbow. Seder. They have created a 160-plus page LGBT resource guide to specifically to help staff welcome LGBT Jews and “celebrate their identity with love, affirmation, and joy.”

Students notice these efforts. If you’ve ever spent any time in Hillel, you quickly realize the volume of LGBT students who frequent the building, the staff members who feel comfortable openly belonging to the LGBT community, the number of LGBT programs that are hosted there, not to mention the giant pride flag hanging in the front office. Hillel’s support for our community is literally on display every day for all to see. 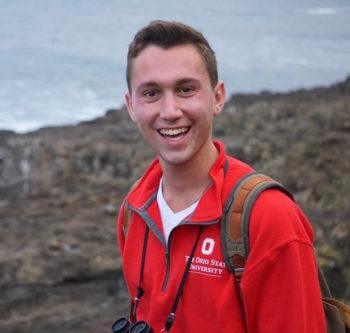 B’nai Keshet funding wasn’t cut because it is a group that aims to provide a community to Jewish LGBT students. It was disqualified from receiving funding after going against national Hillel policy regarding use of Hillel funds for anti-Israel activity. In this case, B’nai Keshet was among the co-sponsors of a drag show fundraiser for LGBT refugees co-organized by Jewish Voice for Peace, a group that the Anti-Defamation League calls “the leading anti-Zionist organization in the U.S. that seeks to steer public support away from Israel.” Both on campus and nationally, JVP is a major proponent of the Boycott, Divestment and Sanctions, or BDS, movement against Israel.

Frankly, the drag show itself sounds like a great event, and nobody disputes that supporting LGBT refugees is a wonderful cause. OSU Hillel’s decision was made because Hillel International has made it a matter of universal policy that it cannot give financial support to any campus groups that use their funds to push for BDS. This is not to say students from these groups are excluded from Hillel. Hillel’s facilities and programs are open to students of all political opinions. Hillel staff repeatedly met with B’nai Keshet and advised it not to co-sponsor the event because Hillel would have no alternative but to distance itself from the group. B’nai Keshet ignored the caution and carried on with JVP.

Hillel has a clearly stated policy, Hillel warned B’nai Keshet, B’nai Keshet ignored the caution and Hillel followed through with its policy. And now B’nai Keshet is politicizing this move as anti-LGBT, despite the decision having nothing to do with the group’s mission or membership. Hillel would withdraw funding and affiliation from any group that uses its funds to support BDS. By making this decision, Hillel is not condemning Jews who support BDS or excluding students based on their views on Israel, it is simply saying you cannot use Hillel money for pro-BDS programming.

B’nai Keshet was created to be a place for LGBT Jews to come together and express shared values on being Jewish and LGBT, regardless of personal politics surrounding BDS. By aligning the group with JVP programming, B’nai Keshet’s current leaders, who are also founders of JVP on campus, politicized its membership for an issue outside of its mission. At a time when many other LGBT groups are incorporating pro-BDS language into their rallies and events, B’nai Keshet forced LGBT Jews to identify by its politics, even if it meant ultimately hurting its own membership by intentionally acting in a way that would cut ties with Hillel.

It’s insulting not only to me but to the entire OSU Hillel community for Hillel to be called anti-LGBT. When I sat down recently with members of the Hillel staff that are openly LGBT or strong allies, the pain in their voices about being vilified as homophobes was palpable.

My friends at Hillel were some of the first people I came out to, and it hurts to see these individuals and this organization slandered for political gain. Regardless, I know that the Ohio State Hillel will continue to do programming to support its LGBT community, and I’m excited to be a part of it.

(Kyle Gersman, a third-year student at The Ohio State University from Akron, Ohio, is studying chemical engineering with a minor in studio art. A version of this essay appeared at Scribe, the Forward’s contributor network.)