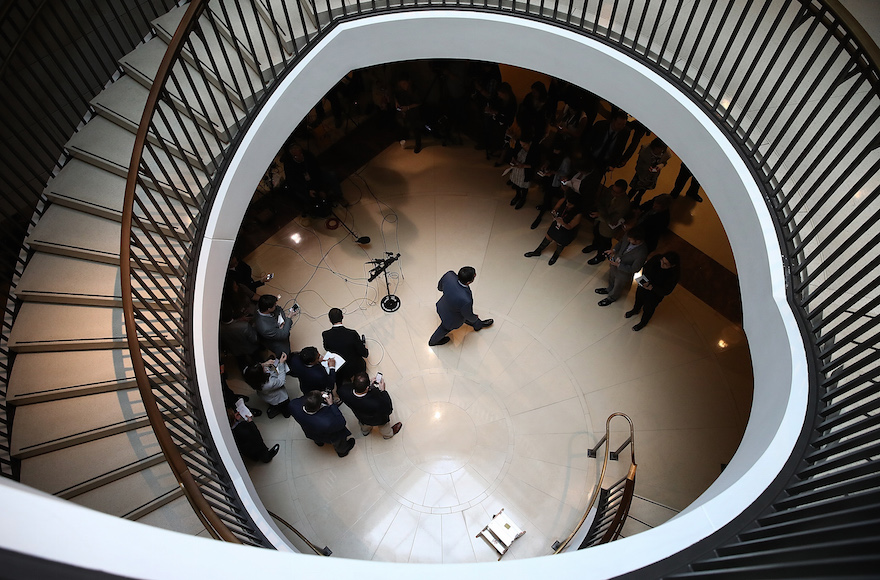 WASHINGTON (JTA) — A National Security Council aide is reportedly behind a White House leak that is roiling Congress and the Trump administration.

The New York Times reported Thursday that Ezra Cohen-Watnick, the senior director for intelligence on the National Security Council, was one of two White House aides who leaked information to Rep. Devin Nunes, R-Calif., the chairman of the House Intelligence Committee, that Nunes and the White House apparently hoped would vindicate President Donald Trump’s claim that his predecessor, Barack Obama, had eavesdropped on him.

Trump made the claim, without citing evidence, on Twitter earlier this month. Intelligence and law enforcement officials, along with Democratic and Republican lawmakers, responded by saying there was no evidence to show that Obama had wiretapped Trump.

Nunes, who until then enjoyed a cooperative relationship on the committee with his Democratic counterpart, Rep. Adam Schiff, D-Calif., initially was part of the no-evidence chorus. But after making a sudden visit to the White House last week, Nunes emerged with a claim that he suggested partially vindicated Trump’s assertion. But the evidence – that U.S. persons were caught up in routine intelligence sweeps of foreign officials – did not implicate Obama personally.

According to the Times, Watnick-Cohen started to review highly classified information after Trump posted his tweet in a bid to substantiate it. He and a colleague, Michael Ellis – formerly a staffer on the House Intelligence Committee – then contacted Nunes, who was on Trump’s transition team.

The affair has opened a rift between Schiff, who is Jewish, and Nunes and halted their committee’s review of allegations that Russia interfered in last year’s election. Top Democrats have called on Nunes to recuse himself from the inquiry, which may implicate Trump campaign officials. He has refused.

Earlier this month, Politico reported that Trump overruled a decision by his national security adviser, Lt. Gen. H.R. McMaster, in order to keep Cohen-Watnick in his position.

McMaster saw Cohen-Watnick as tainted because he had been brought to the NSC by Michael Flynn, Trump’s first national security adviser, who quit after revelations that he had obscured the truth about his conversations with a Russian official. The CIA also perceived Cohen-Watnick as a threat because he shared Flynn’s distrust of the national intelligence community.

Cohen-Watnick appealed to two Trump administration officials with whom he was close, Politico said – Jared Kushner, Trump’s son-in-law, and Stephen Bannon, his top strategic adviser. Trump sided with them over McMaster.

Cohen-Watnick celebrated his engagement to Rebecca Miller in November at Ohr Kodesh Congregation, a Conservative synagogue outside Washington, D.C., according to a synagogue newsletter. 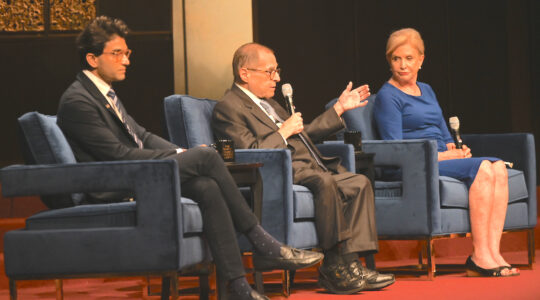