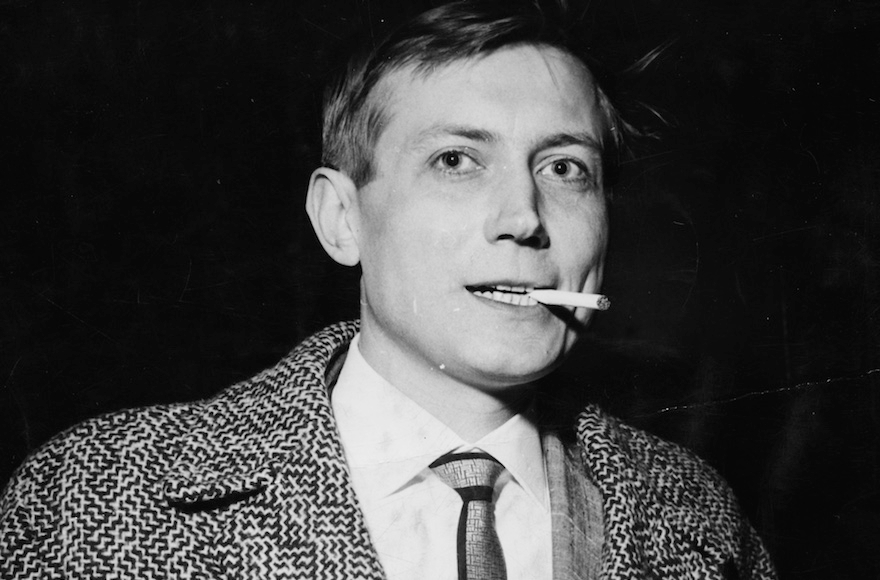 (JTA) — Russian poet Yevgeny Yevtushenko, best known for his poem commemorating the slaughter of Jews by the Nazis at the Ukrainian ravine known as Babi Yar, has died at 84.

Yevtushenko died Saturday in Tulsa, Oklahoma, where he had been a faculty member at the University of Tulsa since the mid-1990s.

“Babi Yar,” written in 1961 about the September 1941 massacre near the Ukrainian capital of Kiev that killed some 34,000 Jews, exposed the anti-Semitism in the Soviet Union by authorities who refused to recognize the Jewish victims of the Nazis. The poem was set to music by Dmitri Shostakovich in his Symphony No. 13.

Yevtushenko told The Associated Press in 2007 that he wrote “Babi Yar” after visiting the site of the mass killings and not finding anything to memorialize the tragedy that occurred there. An official memorial to Soviet citizens shot at Babi Yar was erected in 1976, and in 1991 the Ukrainian government allowed the establishment of a separate memorial specifically identifying the Jewish victims.

No monument stands over Babi Yar.
A steep cliff only, like the rudest headstone.
I am afraid.
Today, I am as old
As the entire Jewish race itself.

The poem was a sensation in the Soviet Union, where Yevtushenko’s readings drew the kind of frenzied audiences reserved for rock stars in the West.

“The strongest proof of the poem’s power,” Gal Beckerman wrote in his history of the Soviet Jewry movement, “was the ferocity with which the government tried to squelch it.”

Yevtushenko grew up in Moscow and was invited to study at the Gorky Institute of World Literature there.

He wrote poetry critical of Joseph Stalin, the Soviet dictator who ruled the country for more than two decades, and gained popularity and official recognition after Stalin’s death in 1953.

He published more than 150 collections of poems.

Yevtushenko also was a proponent of Soviet leader Mikhail Gorbachev’s glasnost, or “openness” campaign. He was a member of the first freely elected Supreme Soviet, the Soviet Union’s parliament.

A spokesman for President Vladimir Putin said the poet’s legacy would remain “part of Russian culture.”