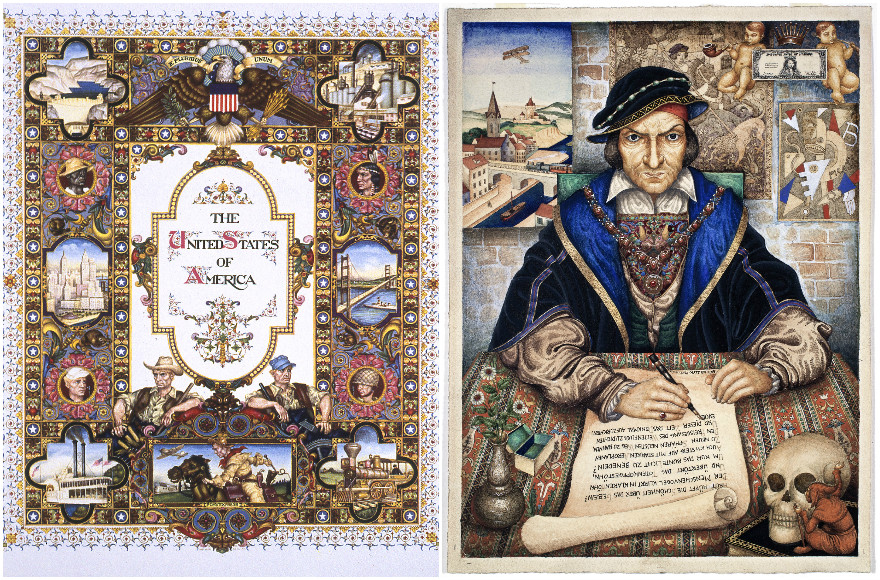 "The United States of America" (1945), left, and "The Scribe" (1927), by Arthur Szyk. (The Magnes Collection of Jewish Art and Life, University of California, Berkeley)
Advertisement

(JTA) — The University of California, Berkeley, received its biggest art grant ever to acquire the world’s largest collection by the Jewish-Polish artist Arthur Szyk and display it in a public institution for the first time.

The $10.1 million gift from the Taube Philanthropies will be used to acquire 450 artworks — including paintings, drawings and sketches — according to a statement. The collection, which features some of Szyk’s most valuable works, also includes some books, newspapers and magazines that published his art. 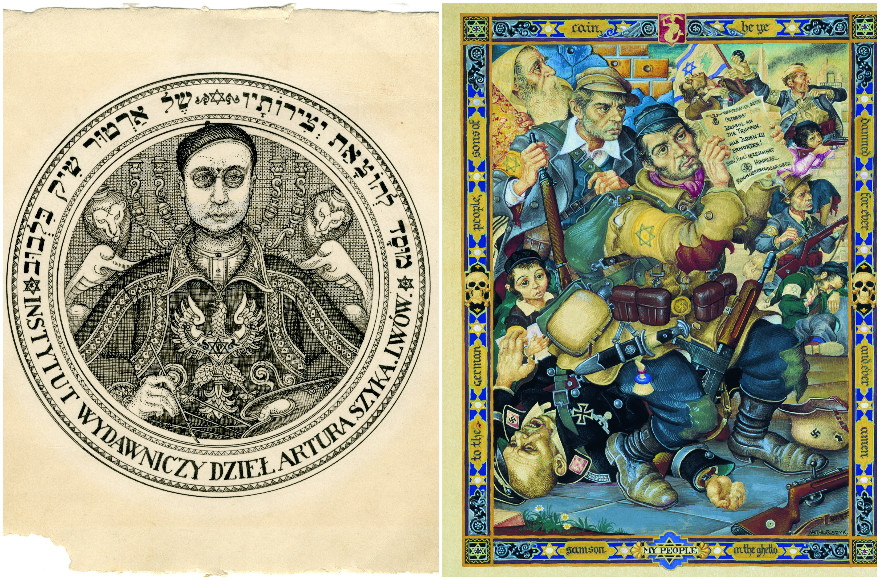 Self-portrait (ca. 1932-1933), left, and “My People: Samson in the Ghetto (The Battle of the Warsaw Ghetto)” (1945), by Arthur Szyk. (The Magnes Collection of Jewish Art and Life, University of California, Berkeley)

It will be displayed at the Magnes Collection of Jewish Art and Life, the third-largest Jewish museum collection in the country.

Szyk was born in 1894 in Lodz, Poland, to a middle-class Jewish family. He studied art at a private school in Paris, lived in London and Canada, and traveled to the Middle East and North Africa before settling in New York in 1940 following the outbreak of World War II. In New York, Szyk met the Taube family, whose foundation provided the grant. Szyck later moved to New Canaan, Connecticut, where he died in 1951 at 57. 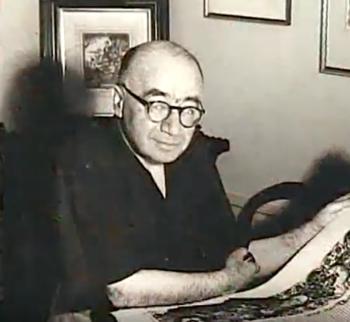 He drew inspiration from Judaism, including stories from the Bible, as well as the historical events he witnessed, including both world wars, the Holocaust and the establishment of the State of Israel. In addition to working as a painter, Szyk produced political caricatures and materials, including anti-Nazi and anti-Axis paintings, that he considered “weapons” in the war and urged American soldiers to use as propaganda.

“Arthur Szyk’s unique contributions to contemporary art and political illustration have not yet been recognized to the extent his work deserves,” Tad Taube, the chairman of Taube Philanthropies, said in a statement.

“With our shared Polish Jewish heritage, and a relationship my parents developed with Szyk upon first arriving in the United States from Poland in the early 1940s, it is significant to me to ensure that Szyk’s remarkable works are available to today’s and future generations.”

The collection previously belonged to art collector Rabbi Irvin Ungar, according to SF Gate. Ungar, an expert in Szyk’s art, has co-produced documentaries about the artist and describes himself as “the tireless force behind the Szyk renaissance.” 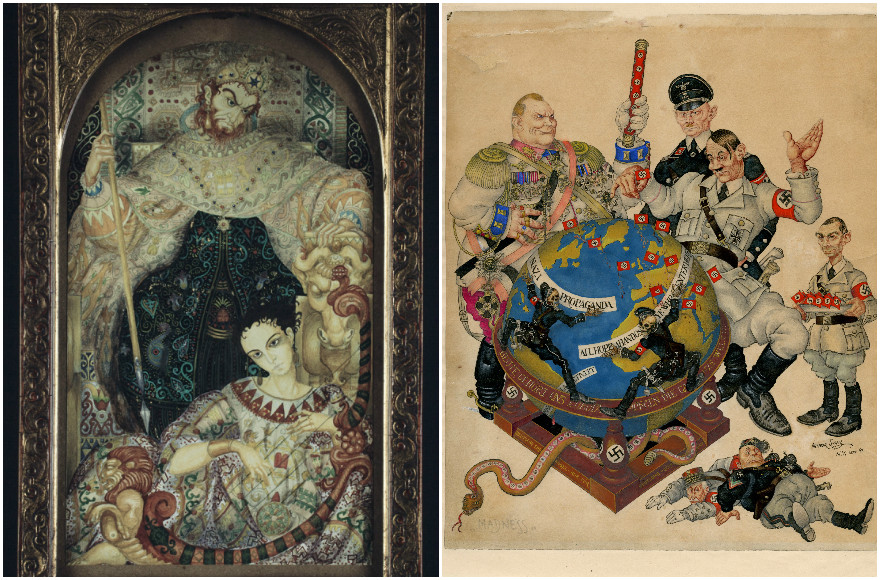