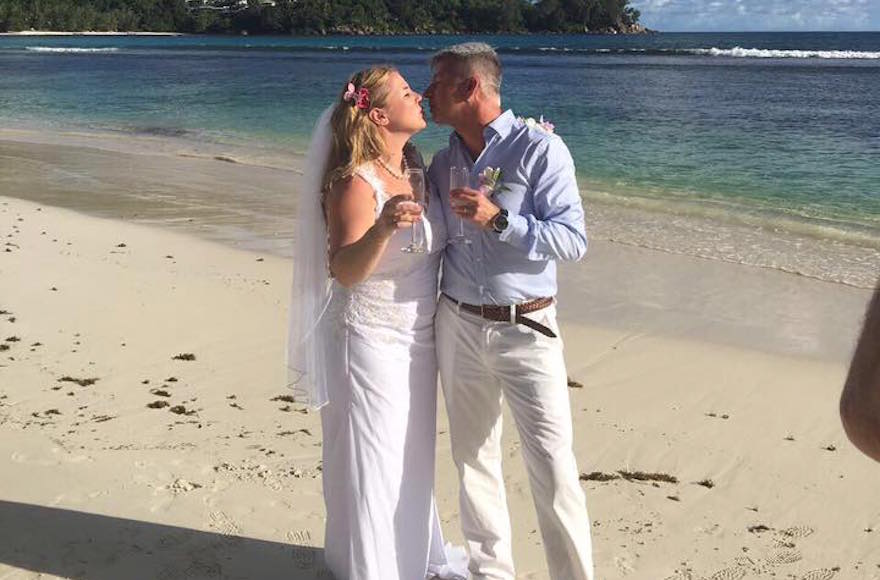 JERUSALEM (JTA) — An Israeli lawmaker was married in the Seychelles in order to avoid having to involve Israel’s Chief Rabbinate in the ceremony.

Ksenia Svetlova of the left-wing Zionist Union party, who has been vocal in her support of civil marriage in Israel, and her fiancé were married on the Indian Ocean island in recent days. On Tuesday, she posted a photo of herself in her wedding gown with her fiancee on the beach.

“On the turquoise beaches of the Seychelles,  Anatoly and I said ‘I do”to each other. The ceremony was simple and modest. Our dearest friends were beside us at this special moment,” she wrote.

Svetlova added: “The only one that was absent from this beautiful ceremony was the Orthodox rabbinate, which has a monopoly on marriage in the State of Israel. We both felt that this entity has nothing to do with our Judaism, and we were not ready to be forced on the happiest day of our lives to play according to the rules of a game that is alien to us.”

Svetlova added that she hopes in the future that Israeli couples will be able to marry in Israel in the way that they want without worrying about the rabbinate’s intervention.

“No one has ownership of Judaism, and it is inconceivable that in a Jewish state one obsessive body will have an absolute monopoly on our lives!” she said. “I will continue to work for this purpose at the Knesset, once I get back from my honeymoon.”