This year my Passover seder will be at Wrigley Field 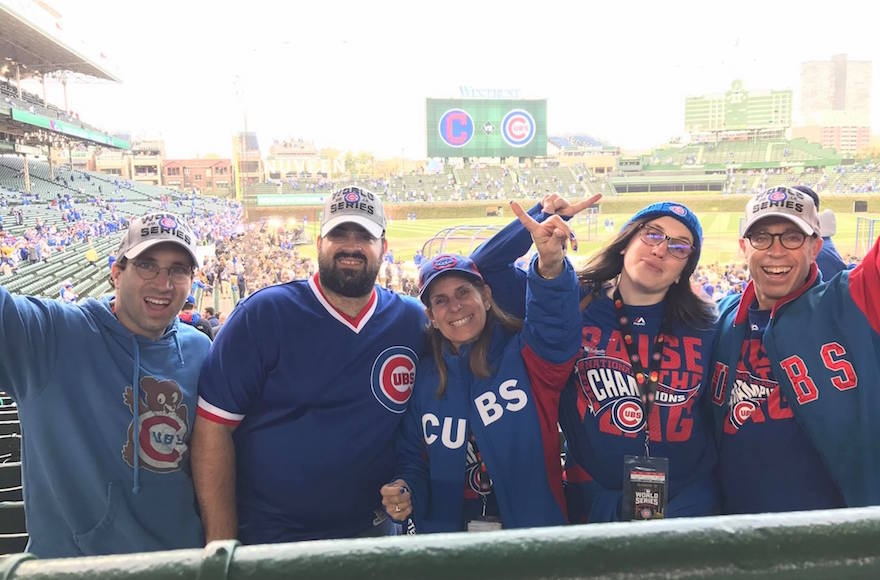 The writer, second from right, and her family at TK (Courtesy of Molly Tolsky)
Advertisement

NEW YORK (JTA) — Since leaving my beloved Chicago for New York nearly seven years ago, there have been a few consistent reasons for making a visit back home. The birth of nieces and nephews. Friends’ weddings (and dress fittings … and wedding showers … and bachelorette parties …).

And of course, the Jewish holidays — Passover, in particular.

I love spending Passover with my family. I love the seder. I love the homemade seder guides that my family uses — a hodgepodge of photocopied pages from various Haggadahs stapled together. I love my dad’s goofy shtick of dressing up as Elijah by throwing on a ghost costume made out of a sheet with “Got Wine?” written over his stomach in permanent marker. I even love matzah (at least when it’s covered in butter and chocolate).

So it was a total no-brainer when I booked tickets back in January to come home for Passover.

But this year, I learned, will be different from all other years. Why? Because this year, the first night of Passover (Monday, April 10) happens to fall on opening night at Wrigley Field — where, for the first time in 108 years, the Chicago Cubs will play on their home turf as World Series champions.

So instead of hard-boiling massive amounts of eggs and hiding the afikomen in the piano bench, my parents and I will be making the trek to the Friendly Confines for a different kind of spring festival — one that may not be religious in the traditional sense, but just as significant to my family’s spirituality and identity.

We are not an interfaith family; both of my parents are Jewish, and my brothers and I grew up going to Hebrew school at a Conservative synagogue. But there are two religions observed in our home: Judaism and the Cubs. Both have been an equal part of my upbringing from the very start.

At age 3, I went off to school — Jewish preschool — and also attended my first Cubs game. At 12, I celebrated both my bat mitzvah and Sammy Sosa’s 63 home runs (both of which led to much embarrassment down the line, but that’s another story). 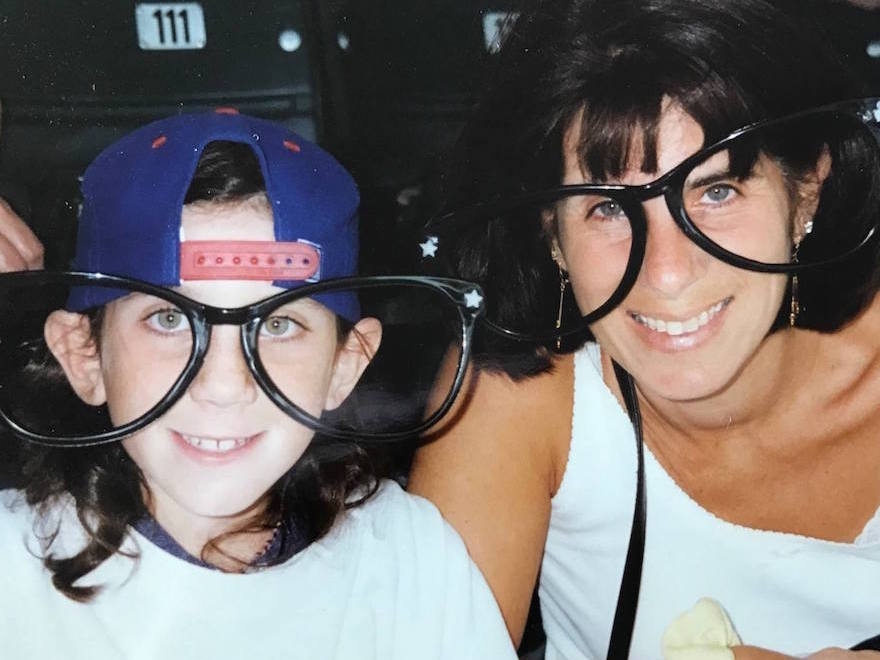 The author, left, and her mother at Wrigley Field, circa 1996. (Courtesy of Molly Tolsky)

Last fall, as the Cubs made their historic run to the World Series, I became even more aware of just how integral Cubs fandom is to my family’s culture — and how much being a Cubs fan is a lot like being a Jew. From the superstitions we habitually follow to the rituals passed down from generation to generation, one tribe starts to look a lot like the other.

And so, when we realized the Cubs-Passover scheduling conflict this year, my parents and I didn’t think twice about “doing the right thing.” For us, the choice was clear.

“It’s been a lifetime of waiting for a World Series championship, and we might not win again for another lifetime,” my mom explained, assuring me she’ll bring a baggie of matzah and a Haggadah to read between innings.

My dad admitted to feeling just a smidge of guilt.

“I hope God understands as I dine on hot dogs at Wrigley Field with Theo Epstein,” he said, referencing the (Jewish) president of baseball operations for the Cubs, who was recently named the World’s Greatest Leader by Fortune magazine. (Moses, shmoses!)

We’ll still host a more traditional seder at my parents’ condo — albeit on Sunday night, technically before the holiday begins but easier on everyone’s schedules, especially the aforementioned nieces and nephews. My aunt will bring her beloved matzah ball soup, my mom will make her famous chopped liver and we’ll all complain about when we get to eat while dipping our pinkies into wine.

Monday night, however, will be dedicated to a different set of rituals.

We’ll arrive at Wrigley Field early enough for the ceremony before the game, when two banners will be raised — one for clinching the National League Championship and one for winning the World Series. We’ll remember our 108 years of enslavement to “the curse” of billy goats and Steve Bartmans plaguing our every chance of success.

And we’ll celebrate our destiny — how we’ve made it to the Promised Land, hallelujah, at last.