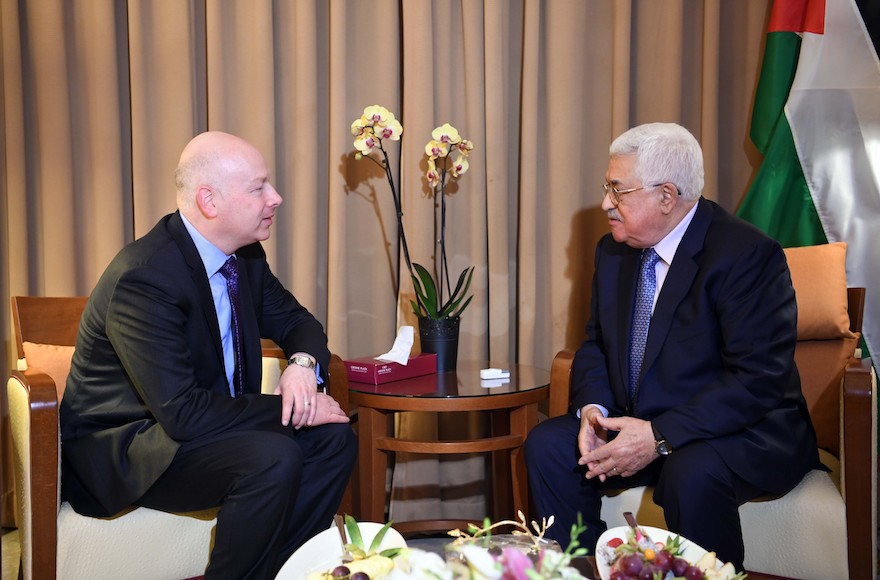 The visit was confirmed to the Jerusalem Post Sunday by top Palestinian official Ahmad Majdalani. Other Israeli media outlets cited a report in the Jordanian newspaper Al Ghad, which quoted senior Fatah official Azzam al-Ahmad as saying the meeting would go ahead on May 3 and that that a Palestinian delegation will travel to Washingtonm D.C., on April 23 for preliminary meetings with the Trump administration.

Trump invited Abbas to the White House when the two leaders spoke for the first time in March. Abbas met last month in Ramallah with U.S. special peace envoy Jason Greenblatt, where he affirmed his commitment to a peaceful solution to the conflict between Israel and the Palestinians.

PLO Executive Committee member Hanan Ashrawi, who has been involved in peace initiatives with Israel in the past, on Saturday reportedly questioned the Trump administration’s impartiality as a broker of Israeli-Palestinian talks.

“We used to say there were settlers in the Israeli coalition borne of the far right that detests Palestinians, Arabs and Muslims. But today we say there are settlers inside the White House,” she told the Israeli news website Ynet. “The administration has adopted the extreme Israeli position to the right of [Israeli Prime Minister Benjamin] Netanyahu and which supports the settlements.”