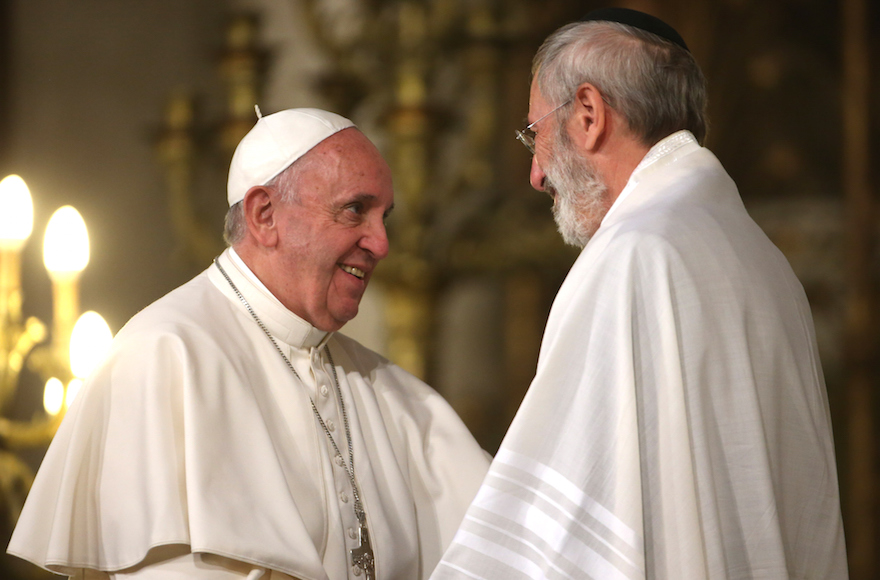 “These refugee camps — so many are concentration camps, crowded with people,” Francis said Saturday during a ceremony in commemoration of modern-day Christian martyrs in Rome’s Basillica of St. Bartholomew.  The remark reportedly was unscripted.

“The conditions in which migrants are currently living in some European countries may well be difficult, and deserve still greater international attention, but concentration camps they certainly are not,” said AJC CEO David Harris in a statement. “The Nazis and their allies erected and used concentration camps for slave labor and the extermination of millions of people during World War II. There is no comparison to the magnitude of that tragedy.”

“We respectfully urge the Pope to reconsider his regrettable choice of words,” he continued. “Precision of language and facts is absolutely essential when making any historical reference, all the more so when coming from such a prominent and admired world figure.”