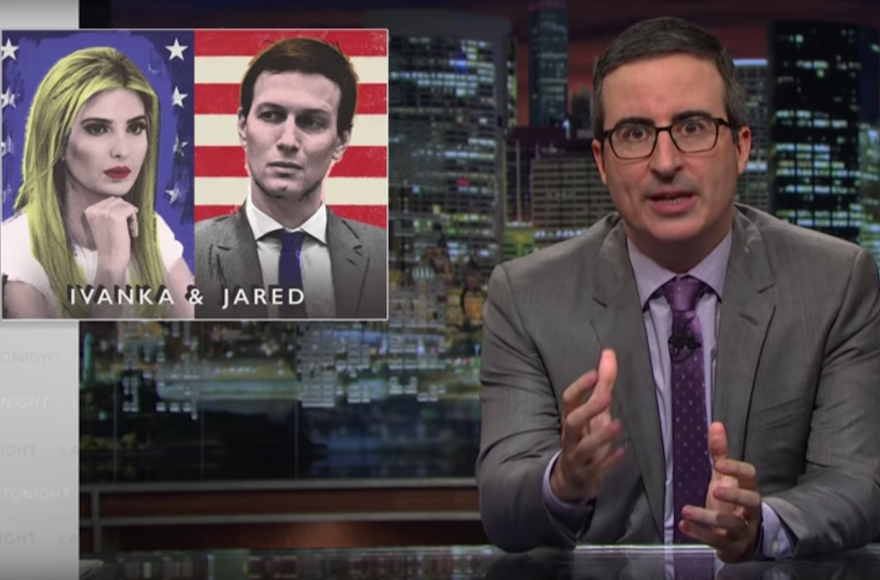 (JTA) — Much ink has been spilled on Ivanka Trump and Jared Kushner’s experience, their effect on the president, even their personalities — but none of us actually know all that much about them.

Ivanka, Oliver argues, may not be exerting as much influence on her father as liberals like to believe. In fact, we might not even know the truth about her views at all.

Jared, on the other hand, is in the midst of handling a portfolio of responsibilities (ranging from brokering Middle East peace to revamping the federal government) that Oliver says would be “unmanageable for the smartest man on earth.” And after a close look at his past, Oliver concludes that Jared may just not be the most intelligent person on the planet.

Watch the full clip, which was the number one trending video on YouTube on Monday morning, above.