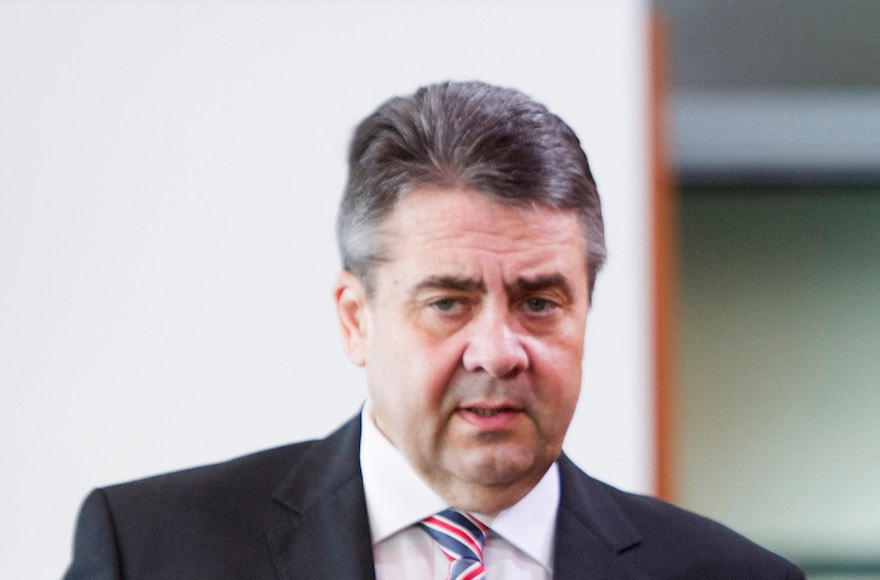 Netanyahu said he would cancel his meeting scheduled for Tuesday with Sigmar Gabriel, who arrived in Israel on Monday, if he went ahead with his  meeting that day with Breaking the Silence, a veterans’ group that alleges the Israeli army abuses Palestinians. Later Tuesday, the Prime Minister’s Office followed through on the threat.

“Imagine if foreign diplomats visiting the United States or Britain met with NGOs that call American or British soldiers war criminals,” Netanyahu’s spokesman said in a statement following the cancellation of the meeting. “Leaders of those countries would surely not accept this.”

“Prime Minister Netanyahu’s policy is not to meet foreign visitors who, on diplomatic trips to Israel, meet with groups that slander IDF soldiers as war criminals. Diplomats are welcome to meet with representatives of civil society but Prime Minister Netanyahu will not meet with those who lend legitimacy to organizations that call for the criminalization of Israeli soldiers. Our relations with Germany are very important and they will not be affected by this.”

“You can’t get a proper and comprehensive picture in any country on Earth if you only meet in government offices,” said Gabriel, who on Monday visited the Yad Vashem Holocaust memorial in Jerusalem.

He also said that it would be “inconceivable” for a German minister to cancel a meeting with an Israeli official over a meeting with individuals critical of the German government.

Gabriel, who has called Israel an apartheid state, met with opposition leader Isaac Herzog, head of the Zionist Union, and was scheduled to meet with President Reuven Rivlin.

Gabriel is scheduled to visit the Palestinian Authority and Jordan following his trip to Israel.