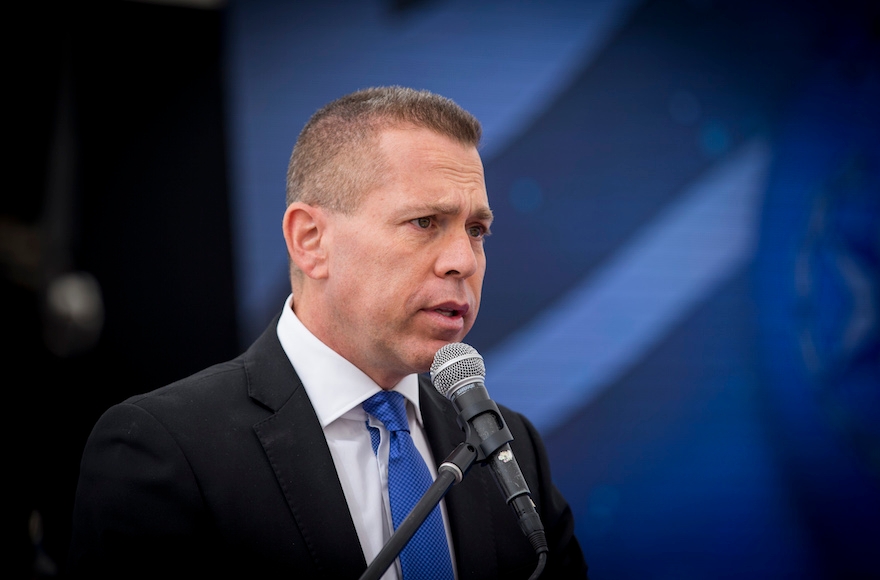 Public Security Minister Gilad Erdan charged that Marwan Barghouti was “casting himself as a ‘moderate'” in an earlier oped explaining why he and some 1,000 other Palestinians in Israeli jails are staging a hunger strike to protest prison conditions.

“Palestinian groups like to use language calibrated to make their actions more palatable to Westerners,” Erdan wrote. “Incarcerated terrorists are called ‘political prisoners,’ and cold-blooded attacks against civilians in restaurants and buses are whitewashed as a “struggle for freedom.’ ”

Erdan wrote that the hunger strike was called not to protest conditions for Palestinian prisoners, which he asserts “meet international standards,” but represented “political jockeying” as Barghouti attempts to position himself as the successor to Palestinian Authority President Mahmoud Abbas.

Barghouti, who is serving five life terms for his involvement in three terrorist attacks and the deaths of five people, “seems to hope that being chosen to succeed Mr. Abbas will lead to his release from prison,” Erdan wrote, indicating that it would not happen.

“Israel will not give in to extortion. The conditions and regulations in Israel’s prison system are determined according to Israeli law and international standards, not by pressure tactics. Surrendering to such a strike would constitute a surrender to terrorism and would only embolden terrorist groups, weaken our deterrence and lead to further conflict and bloodshed,” wrote Erdan.

Erdan called on the Palestinian Authority to stop paying salaries to convicted terrorists and their families.

In his oped, Barghouti charged that Palestinians in Israeli prisons have “suffered from torture, inhumane and degrading treatment, and medical negligence. Some have been killed while in detention.”

Israeli officials and U.S. Jewish groups blasted The New York Times for publishing the Barghouti op-ed and failing to note that he was in jail in Israel for the murder of five people. An editor’s note the next day acknowledged that the original article “neglected to provide sufficient context by stating the offenses of which he was convicted.”

Following publication of the article, Barghouti was moved to a different prison and placed in solitary confinement. He reportedly has been unwell as the hunger strike continues.