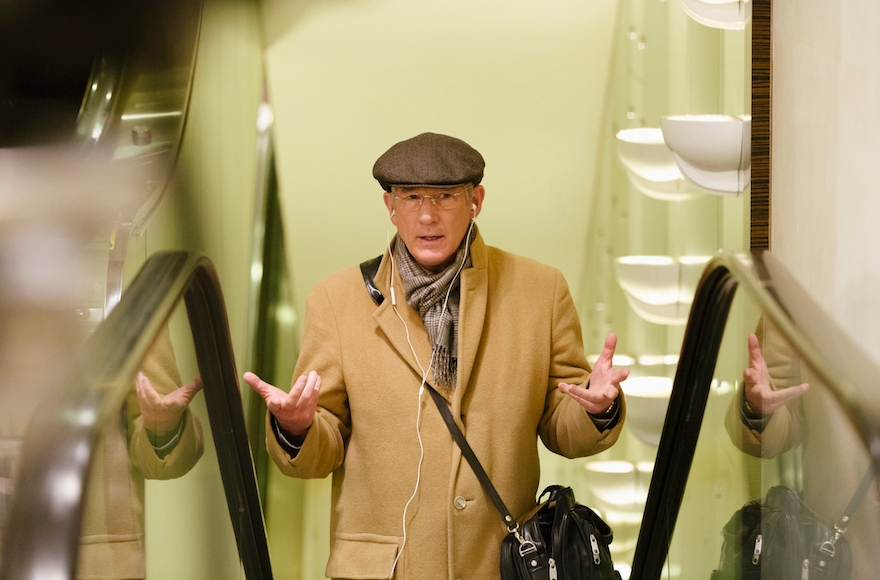 In Hollywood, few newspaper items are scrutinized more intensely than the film reviews and rankings in the Los Angeles Times, making Friday’s list a boon for the films and their directors.

The top spot in the “Our Movie Pick” section went to Joseph Cedar’s “Norman,” which tracks the ups, and mainly downs, of a small-time New York fixer.

“Subtle, unsettling, often slyly amusing and always unexpected,” Turan wrote, adding: “This delicate, novelistic character study is what more American independent films would be like if more had thoughtful adult themes and gravitated toward nuance and complexity.”

The next Israeli pick on the list was Emil Ben-Shimon’s “The Women’s Balcony,” centering on a clash between a strict Orthodox rabbi and his more permissive congregants. Turan judged it as “an unapologetically warm-hearted comedic drama, a fine example of commercial filmmaking grounded in a persuasive knowledge of human behavior.”

Finally, a half page of the paper was devoted to Asaph Polonsky’s feature debut, “One Week and a Day,” which focuses on a short-tempered father (played by Shai Avivi) sitting shiva for his son who died of cancer. The father forms an unlikely alliance with the young stoner (Tomer Kapon) who supplied his dead son with marijuana.

“’One Week and a Day’ keeps an impeccable balance between absurdity and sadness, comedy and heartbreak,” Turan observed. “Increasingly outrageous, but always plausible, it applies its pitiless, pitch black sense of humor to a very particular situation (i.e., sitting shiva.).”

Cedar and Polonsky are U.S. natives who moved to Israel with their parents at a young age.