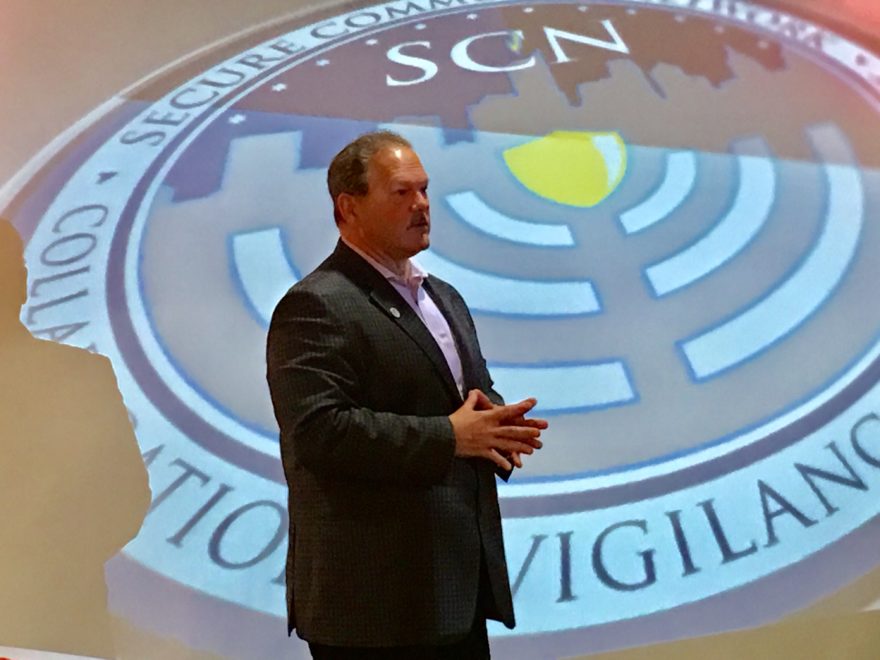 The summit ending Friday and organized by Secure Community Network, an affiliate of the Jewish Federations of North America, drew over 40 security directors from around the country as well as other Jewish officials.

A focus of the summit was the intensified relationship between Jewish communities and the FBI and the Department of Homeland Security in recent months, particularly in the wake of a series of bomb threats that terrorized the Jewish community the first months of this year.

Both agencies deployed professionals “directly to communities in over 40 states,” SCN’s director, Paul Goldenberg, said in an interview.

Top officials from the FBI and from Homeland Security briefed the conference, as did an official from the Belgian federal police. There were presentations on best practices for dealing with a bomb threat and trends in domestic terrorism.

The conference conveyed recognition awards to FBI director James Comey and to the Department of Homeland Security. Accepting them were Andrew McCabe, the FBI’s deputy director, and Elaine Duke, Homeland Security’s deputy secretary.

On Wednesday, when the conference began, Comey was testifying at a Senate hearing on his agency’s role in the elections – for which he has come under fire from both parties – and cited the FBI’s role in cracking the bomb threats case as an example of the agency’s success.

There were also sessions on campus security and on obtaining government grants to beef up security.