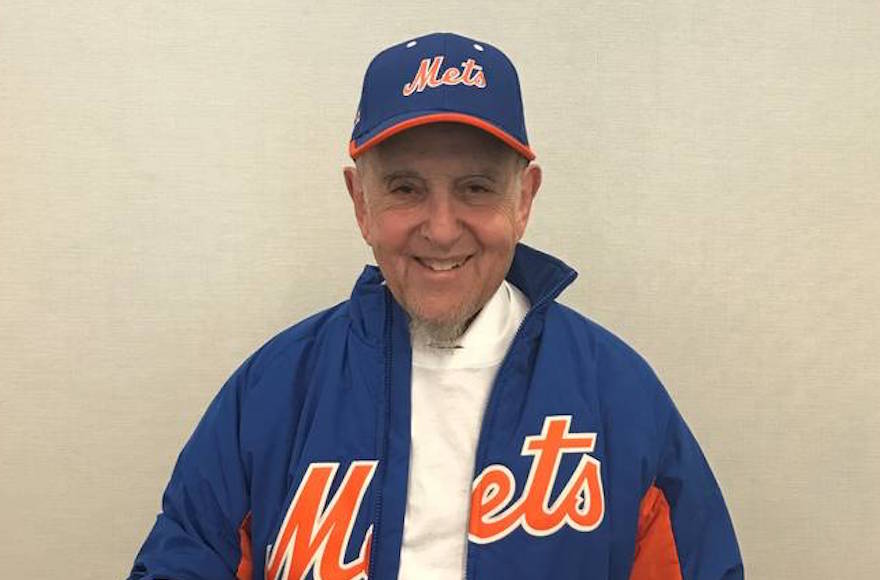 Rabbi Haskel Lookstein's pitch made it over the plate. (Courtesy of Congregation Kehilath Jeshurun)
Advertisement

(JTA) — Perhaps the injury-plagued New York Mets thought that having a rabbi throw out the first pitch before a game would bring some divine intervention.

Rabbi Haskel Lookstein, the prominent modern Orthodox rabbi who oversaw Ivanka Trump’s conversion to Judaism, made the ceremonial toss at the Mets-Marlins game on Sunday to a smattering of applause at Citi Field in Queens.

The Mets suffered a 7-0 loss — the first time this season they were shut out — and managed just one hit against Miami, so interpret the Lookstein effect as you wish.

Lookstein is the rabbi emeritus of Congregation Kehilath Jeshurun on the Upper East Side of Manhattan, where he served as the spiritual leader for more than 50 years. He also was the principal of the prestigious Ramaz School in Manhattan from 1966 through 2015.

It wasn’t his first time on a professional mound: Lookstein tossed out the first pitch before a Mets-Phillies game in May 2006, when the New Yorkers played at Shea Stadium. The throw made it over the plate, earning the rabbi kudos for a “good pitch” from then-manager Willie Randolph.

Ramaz posted a video on Facebook of Lookstein’s pitch on Sunday — which again made it over the plate.

Lookstein had been scheduled to give an invocation at the Republican National Convention in Cleveland in July, but he withdrew “after the whole matter turned from rabbinic to political, something which was never intended,” as he wrote in a letter to his congregation.