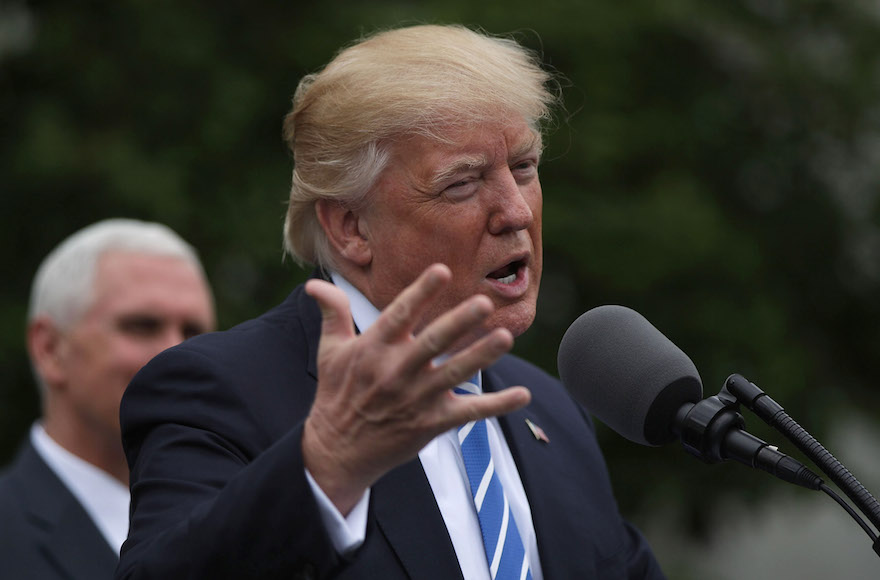 (JTA) — The State Department called the posting of a video by the U.S. Embassy in Saudi Arabia that removed Israel from an announcement about the president’s upcoming trip to the region an “inadvertent mistake.”

On Monday, Rep. Eliot Engel, D-N.Y., criticized the State Department for “editing out” Israel in the video posted on the Riyadh embassy website and Arabic-language Twitter account. The videos were no longer available on Monday afternoon and a video on the embassy site contained the announcement that included Israel.

“At a time when the United States should be encouraging the governments of the region — and their people — to promote tolerance, respect and mutual recognition, this video implies that the U.S. accepts Saudi Arabia’s public rejectionist position toward Israel,” Engel, the Jewish ranking member on the House Foreign Affairs Committee, said in a letter to Secretary of State Rex Tillerson.

A State Department official told JTA in a statement that the embassy had taken the video from the social media account of a private Saudi citizen without realizing that Israel had been edited out.

“Upon learning this, the U.S. Embassy immediately corrected the error, took down the video, and loaded the correct version to its social media accounts,” the official said. “The Embassy expresses its regret for this inadvertent mistake.”

A video posted by the Democrats on the House Foreign Affairs Committee claimed to show the version first posted by the embassy, edited so that Trump appears to say he will visit Saudi Arabia and the Vatican but does not mention Israel. Trump said Thursday that he will visit the three countries on his first overseas trip.