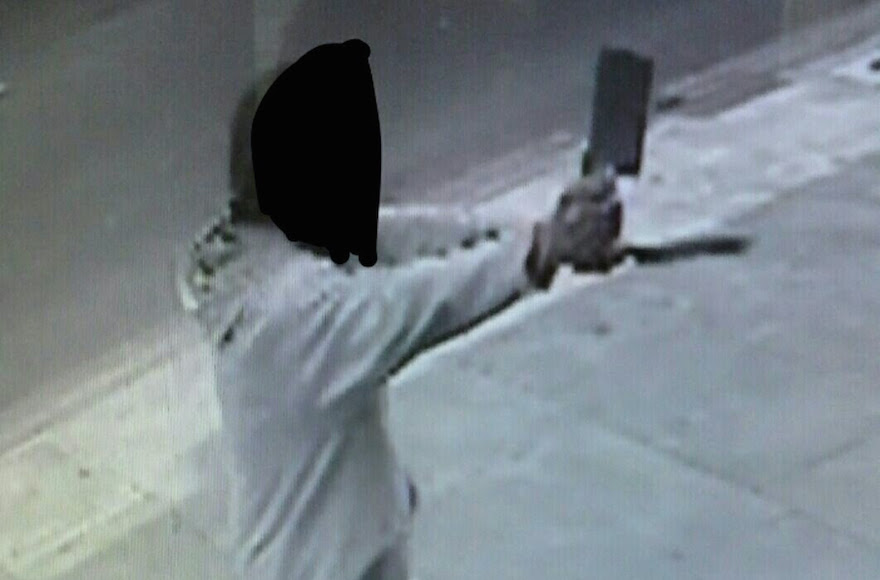 A man with a meat cleaver and a large knife allegedly threatened Jewish girls and tried to enter kosher shops in Stamford Hill, London. (@Shomrim)
Advertisement

(JTA) — An unidentified man waving a meat cleaver and a large knife who allegedly threatened Jews in a heavily Jewish neighborhood in North London was arrested.

The man reportedly tried to enter a kosher food shop during the incident on Tuesday but was prevented from doing so when staff locked the door, according to a statement issued by the London-based Campaign Against Antisemitism.

He then entered a second kosher store shouting “Where is the boss, I will kill him!” Told that the owner was not there, the man allegedly ran out of the shop toward two Jewish girls, aged 8 and 14, shouting “You Jews run away from here before I kill you.”

The incident took place in the Stamford Hill neighborhood of London, which includes many haredi Orthodox residents.

Shomrim, the volunteer Jewish neighborhood patrol, tracked the man as he entered an apartment block and sealed off the area, allowing London Metropolitan Police to arrest him, according to reports. Police said the man was white and in his 60s.

“This is an extremely frightening incident and it is very fortunate that there are no injuries reported,” Gideon Falter, chairman of the Campaign Against Antisemitism, said in a statement. “We commend Stamford Hill Shomrim and the Metropolitan Police Service for their bravery in rushing to the scene to protect the public. Violent anti-Semitic crime continues to rise at an alarming rate and will continue to do so until anti-Semitic incitement is taken seriously by the authorities before it translates into violence.”