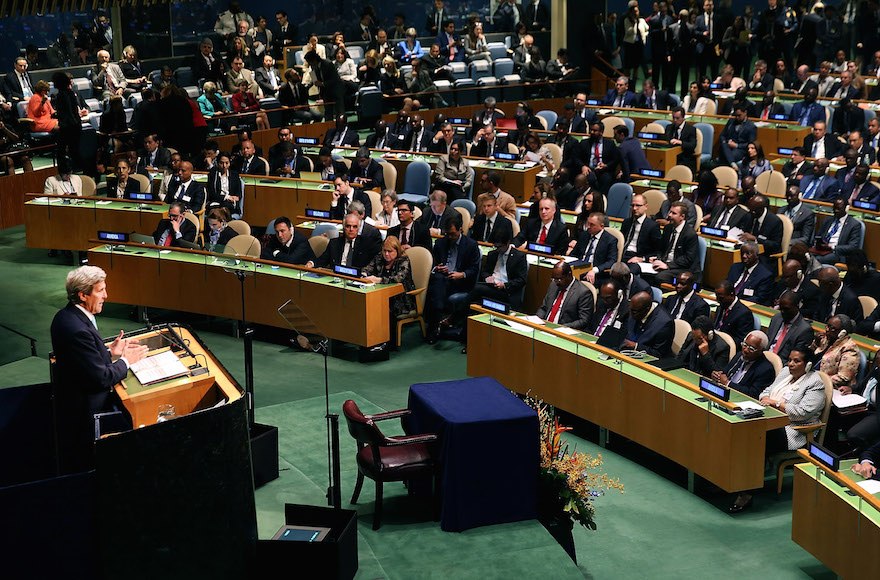 The Union for Reform Judaism, the American Jewish World Service and the Coalition on the Environment and Jewish Life joined 20 other religious groups in urging Trump to adhere to the agreement, which was reached in 2015 and signed in 2016. The deal seeks to reduce greenhouse gases emissions, which are blamed for global warming.

In a letter to the president dated Tuesday, the organizations drew on their religious backgrounds in urging Trump not to nix the agreement.

“As people of faith, we believe that we have a responsibility to be caretakers of Divine creation — to preserve our ecosystems for future generations and to ensure the human dignity and worth of all people,” read the letter, which was signed by Jewish, Christian, Unitarian Universalist and interfaith organizations.

Trump is still considering whether the U.S. will remain in the agreement, which was reached under the Obama administration, The Washington Post reported last week.

“The Paris Agreement is the manifestation of our dual obligations to care for the earth and protect the most vulnerable populations among us,” Pesner said in a statement. “The climate crisis demands urgent action and the United States needs to lead on implementing this historic agreement and tackling this global challenge. We will not shrink from the Jewish mandate to ’till and to tend’ (Genesis 2:15) and to ‘open your hand’ … ‘to the needy among you’ (Deuteronomy 15).”