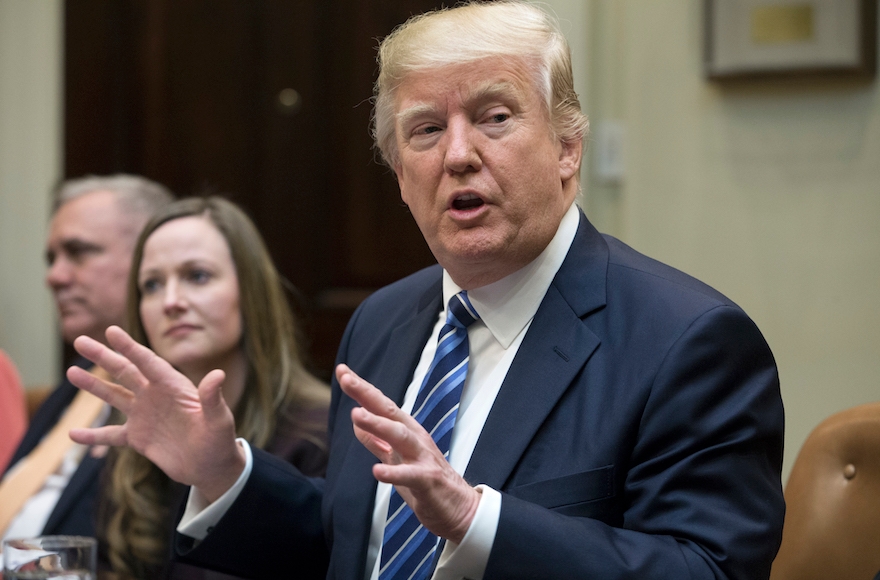 (JTA) — President Donald Trump’s two-day visit to Israel in March reportedly will include stops at Masada and the Western Wall, as well as meetings with Israeli and Palestinian leaders.

Trump will arrive in Israel on May 22, when he will visit the Western Wall and meet with President Reuven Rivlin and Prime Minister Benjamin Netanyahu, Israel’s Channel 2 reported. That day may also include a “possible visit” to Yad Vashem, Israel’s Holocaust memorial.

The following day, Trump will speak at Masada, the Roman-era fortress in the Negev Desert, and meet with Palestinian Authority President Mahmoud Abbas, according to Channel 2.

This is President Trump's itinerary for his two-day visit to Israel later this month, according to Israel's Channel 2. pic.twitter.com/U8VHkxJhKU

Last week, Trump announced that he would visit Israel, Saudi Arabia and the Vatican on his first overseas trip as president.

In a briefing for reporters following the announcement, a senior aide to Trump said the thrust of the tour, which will precede a previously announced visit to NATO headquarters in Brussels, is to unite the world’s nations and the three Abrahamic faiths — Judaism, Christianity and Islam — against terrorism.