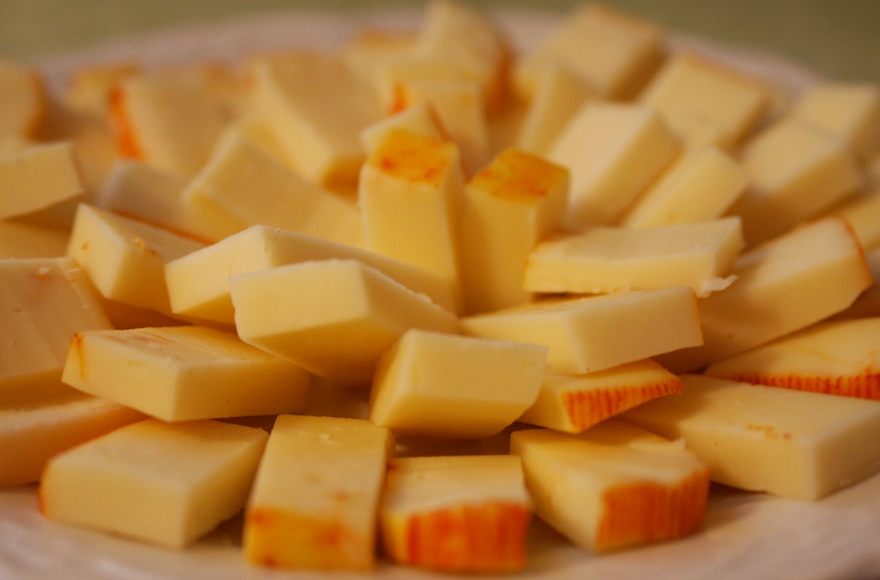 The agency charged Ontario-based Creation Foods and its vice president, Kefir Sadiklar, with forging documents to make it seem as if the cheese sent to two strictly kosher Jewish summer camps was certified as adhering to Jewish dietary laws, The Toronto Star reported.

The federal food inspection agency told the newspaper that this is the first case it “has brought before a provincial court related to the misrepresentation of a kosher food product.” The agency laid five criminal charges in October, though it is just being reported now, according to the Star.

The Kashruth Council of Canada reportedly brought the issue to the attention of the authorities. It had certified some Creation Foods products in 2011, allowing the family-operated company to use the council’s COR symbol indicating that a product is kosher. But the council withdrew its certification the following year following what its managing director, Richard Rabkin, called a “series of violations.”

The brand of cheese delivered to the camps is available in both non-kosher and kosher versions. Creation Foods allegedly photoshopped the code number of the boxes on the kosher certificate to make it appear that it was the kosher version of the cheese. Food distributors charge more for kosher cheese than non-kosher varieties.

Both summer overnight camps, Camp Moshava near Peterborough and Camp Northland-B’nai Brith in Haliburton, told the Star that none of the non-kosher cheese was eaten by campers. Kosher cheese must be manufactured under rabbinical supervision and cannot contain rennet, a binding enzyme, from calves that had not been slaughtered in accordance with Jewish law.

Sadiklar, 39, is scheduled to appear in court in Newmarket, Ontario, on May 20. He told the Star that he has “so many things to say,” but can’t while the case is in court.