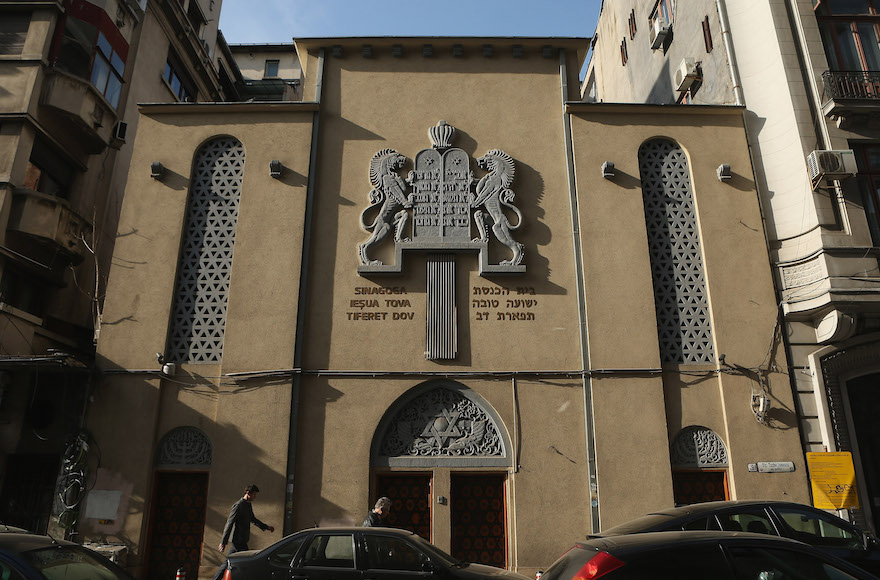 The Yeshoa Tova synagogue, one of two synagogues still in active use in Bucharest, Romania, March 7, 2013. (Sean Gallup/Getty Images)
Advertisement

(JTA) — More than 10 percent of Central and Eastern Europeans do not accept Jews as citizens of their countries, according to a new study.

The study, released Wednesday by the Pew Research Center, surveyed the residents of 18 countries and found that 80 percent of respondents would accept Jews as fellow citizens. The remainder was not sure or declined to answer.

In some countries, the number of respondents who do not accept Jews as citizens was far higher than the median, notably Armenia, where a third of respondents said Jews should not be citizens.

Respondents with more education were more likely to accept Jews as family, neighbors and citizens, the study found.

The margin of error was 3.3 to 4.5 percent, depending on the country.