When Hitler was a popular Jewish last name in New York 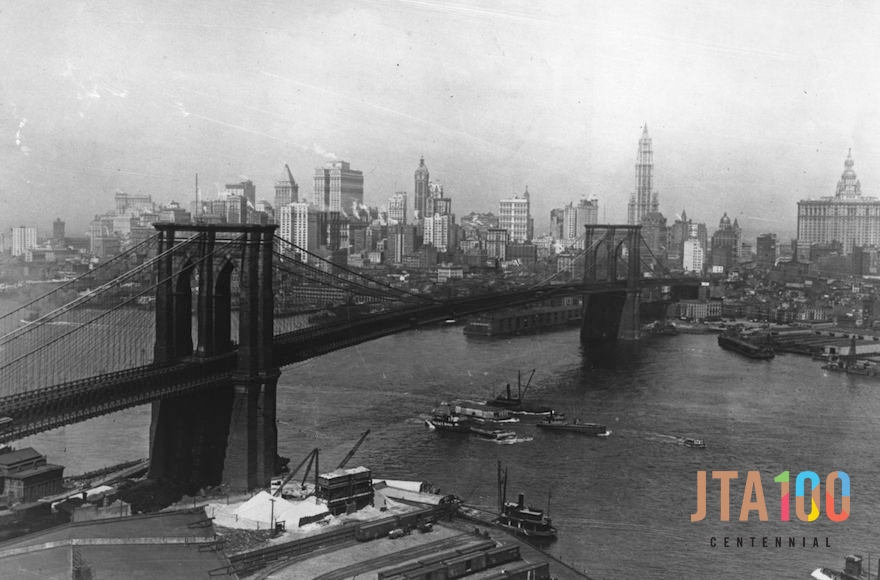 circa 1930: The Brooklyn Bridge in New York City which connects Brooklyn with Manhattan. (Photo by Hulton Archive/Getty Images)
Advertisement

(JTA) — “Herr Adolf Hitler of Germany would be covered with confusion if he dared to enter the strictly kosher home of Mrs. Rose Hitler, pretty young Jewish housewife, who lives at 233 E. 92nd Street, in the heart of Brooklyn’s Brownsville.”

That is the start of an improbable JTA article from June 1933, entitled “Kiss the Mezuzah — and meet the Brownsville Hitlers.” It is a snapshot of a time when Hitler was a recognizable, if increasingly ironic, Jewish surname in New York City. According to Rose Hitler, more than 30 families across the city bore the last name of the man who became the chancellor of Germany that year and one of history’s worst monsters.

The JTA article got a few things wrong: Rose’s family actually spelled their last name “Hittler,” and her husband’s name was Frank, not Fred, according to their marriage records. (We gave Frank Hittler his proper name back in our video above.) 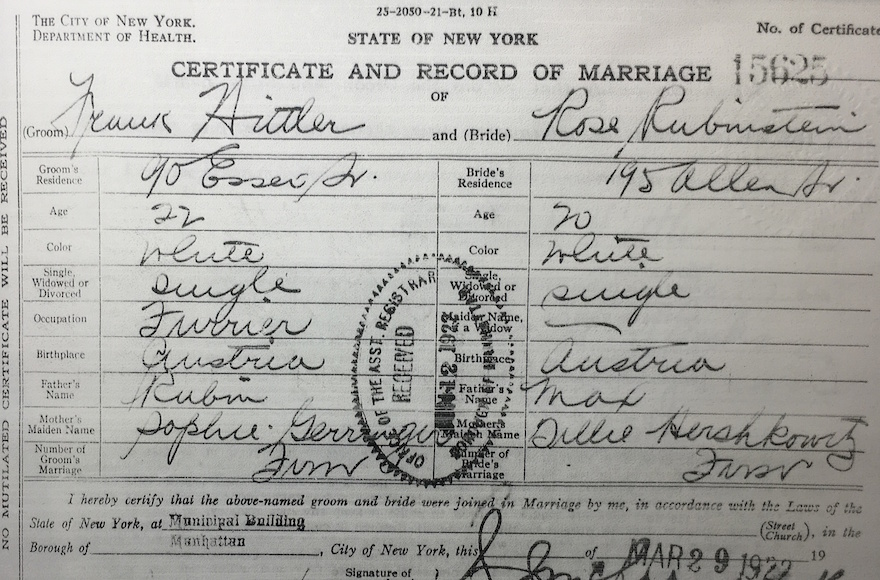 But the article was accurate about the increasing discomfort of New Yorkers named Hitler or Hittler. Living in what was a very Jewish neighborhood at the time, Frank and Rose’s kids began having trouble at school. Herbert, age 9, constantly got into fistfights. Friends of four-year-old Rita called her a Nazi.

Rita, a vivacious girl, finds her big brown eyes filling with tears whenever her playmates tease her and call her a Nazi. “I ain’t a Nazzy,” says Rita. “I’m Jewish.”

Rose admitted she was surprised by the whole ordeal.

“My father-in-law, may he rest in peace, used to say when he was living that he never heard of a Hitler who wasn’t Jewish,” she said. “Take my brother-in-law, Louis Hitler, who lives on Pulaski Street. Take all the other Hitlers in New York.”

Watch our video to find out how the family dealt with their Hitler problem.