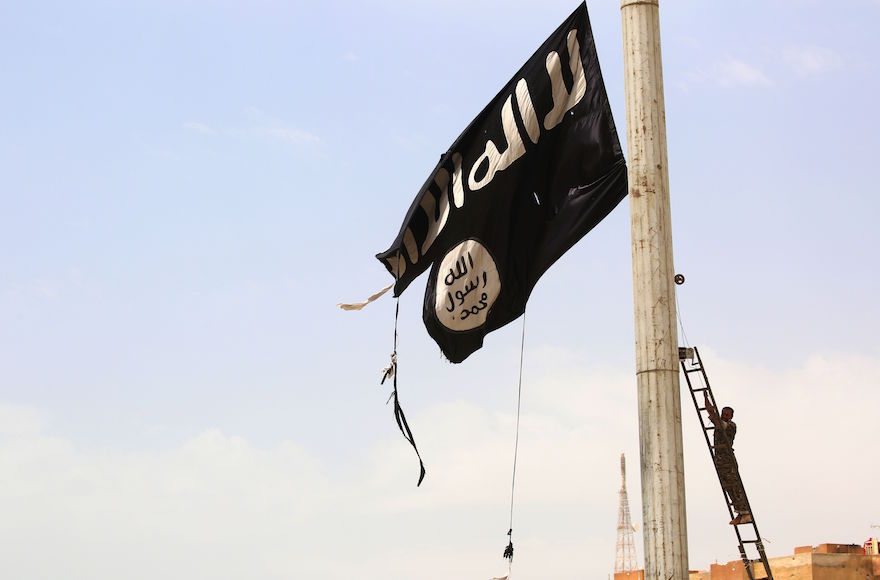 (JTA) — An undercover Israeli agent inside the Islamic State has been put at risk by President Donald Trump’s disclosure of classified information to Russia, ABC News reported.

The spy had provided Israel with intelligence about a plan by Islamic State, or ISIS, to cause the crash of a passenger jet on the way to the United States, according to the report aired Tuesday evening. Israel had shared the intelligence with the United States on the condition that it not be identified as the source of the information, unnamed current and former U.S. officials told ABC.

At a news briefing Tuesday, H.R. McMaster, the president’s top security adviser, discussed the meeting between Trump and the Russian diplomats, in which he took part.

“In the context of that discussion, what the president discussed with the foreign minister was wholly appropriate to that conversation and is consistent with the routine sharing of information between the president and any leaders with whom he’s engaged,” McMaster said.

Trump said in a tweet Tuesday that he had “the absolute right” to share information and wanted to show good faith, so that the Russians would “greatly step up their fight against ISIS & terrorism.”

In January, an Israeli newspaper reported that American intelligence officials warned their Israeli counterparts not to share sensitive information with the Trump administration because of the threat that it could be leaked to Russia.

On Wednesday, Yediot Acharonot cited an unnamed Israeli intelligence source as saying that Israel will have to reassess what information it shares with the United States and not hand over the most sensitive of it.