There’s a $149 deal on flights to Israel? Don’t believe the hype. 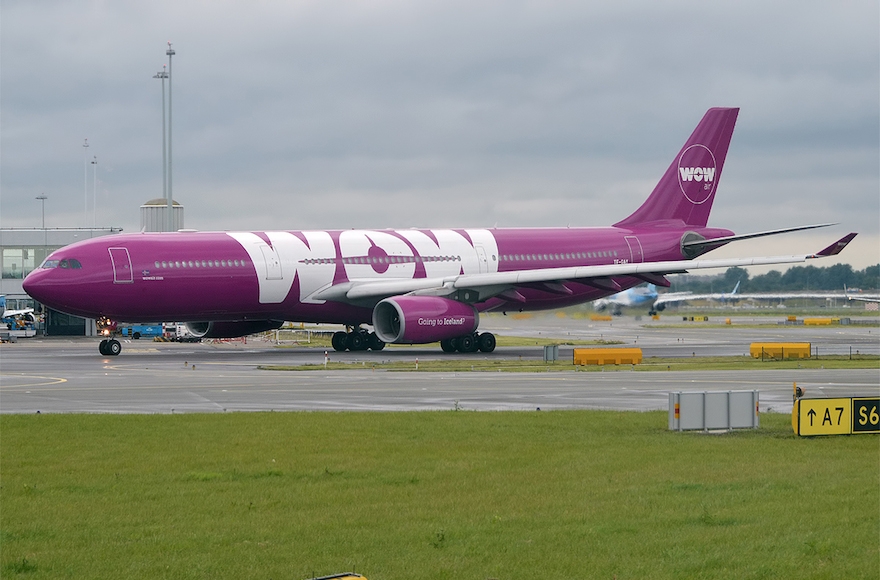 The headlines screamed at me from every Israeli newspaper, in both English and Hebrew: only $149 for a flight from Ben Gurion International Airport in Tel Aviv to New York on WOW air.

The Iceland-based airline has plastered Israel with advertisements featuring its distinctive purplish logo for the new deal, and many Israelis are talking about it. Flights begin on Sept. 20.

Of course, the no-frills flight goes through Reykjavik, the capital of Iceland, but that is not much of a hardship — people travel through European capitals all the time in search of cheap flights between Israel and the United States.

However, the Israeli business daily Globes helped to put the $149 fare into perspective.

For starters, the $149 price is only for a one-way ticket, and there is no guarantee that you will get the same fare for a return trip. The cost of flying home on the airline is more likely to cost around $400, according to Globes.

In addition, one suitcase of 44 pounds or more costs $70 dollars, each way — though a personal item such as a purse or backpack is thankfully still free.

Choosing a seat costs another $10 each way, which is not necessary but comfortable, especially if you are not travelling alone or cannot live without an aisle seat.

As for food, don’t even think about free snacks on a no-frills flight like this one. You will be brown-bagging it, unless you want to buy very over-priced offerings once you’re in the air.

After adding all of those considerations together, a round trip between one of several major cities in the United States and Israel on WOW air would cost around $700 or $800.

To put this into perspective, El Al, Israel’s national carrier, has $665 mid-week one-way fares on a round-trip flight to New York in September, the round trip being some $1,170.

And for all of you who do not live in New York or one of the major cities served by WOW, you would need a separate flight to your final destination. WOW does not appear to have any add-on deals with any domestic U.S. airlines — so if I wanted to travel to visit my family in Cleveland, for example, I would have to pay hundreds of dollars more. My total with an add-on to Cleveland on El Al comes out to $1,400. A stand-alone New York to Cleveland round trip is about $400, bringing my bargain WOW total to $1,200.