Israel’s traffic cops have a friend in Sheriff David Clarke 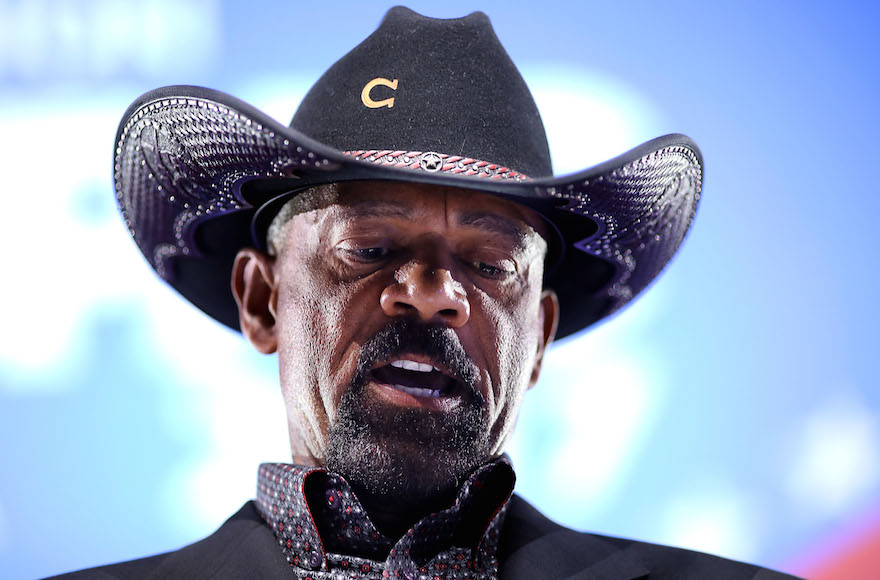 WASHINGTON (JTA) — Sheriff David Clarke of Milwaukee County is no stranger to controversy — take, for example, the time in 2015 when he likened former President Barack Obama to Hitler. But could he arbitrate an Israeli fender-bender?

A medal he sports on his uniform appears to make that case.

Clarke’s latest headline-grabbing move was to claim on Wednesday, on a Milwaukee radio station, that the Trump administration named him as the Department of Homeland Security’s liaison to state and local authorities.

That precipitated an unusual onslaught of comments from past incumbents of the position. Juliette Kayemm, an Obama appointee, said it would be “one hostile act to the homeland.” Phil McNamara, the most recent official to handle the job and also an Obama appointee, unleashed a tweet storm, saying Clarke was “polarizing.”

The Anti-Defamation League, noting Clarke’s ties to what the group says are extreme right organizations, said Thursday his appointment would be “shameful.” “An individual representing such extremist ideologies should not be given this type of leadership role and we urge the Trump administration not to go forward with this appointment,” it said in a statement.

Clarke, an early backer of Trump, has clashed with Democrats and protesters. He has predicted an alliance between Black Lives Matter and ISIS. His department is under criminal investigation for the death last year of an inmate.

The Department of Homeland Security, also unusually, said on Twitter that “no such announcement” had been made:

Sr. positions are announced when made official by the Sec. No such announcement w/ regard to the Office of Public Engagement has been made.

Of less consequence, but aggravating to some folks who have worn a uniform, is Clarke’s habit of decorating his own uniform with medals that he does not appear to have earned for service. Protocol in the military and police is to wear only earned ribbons and medals. (Here’s the Washington DC police awards policy, 13 pages long.)

Charles Clymer, a blogger and an army veteran, spotted a number of what appeared to be anomalous pinnings. “Y’all, this is something a f***ing 10 year-old does. And I know because I was 10 and did this with a pin collection one day. Stupid fun,” he wrote on Twitter. “But a grown-ass adult arranging his uniform in a way with novelty pins to give the appearance of being highly decorated? What the f**k.”

Clymer’s Twitter rant led Daniel Sieradski (a former JTA staffer) to review Clarke’s photos. He found one where the sheriff is sporting the insignia of Israel’s traffic police:

Clarke may have received the pin when he toured Israel and Russia in 2015, in what the Milwaukee Journal Sentinel reported was a trip funded by the National Rifle Association.

Okay, it’s possible. But it makes one wonder: Did he earn the pin? If so, how? Did he head off a battle royale on the notoriously clogged road straddling Jerusalem’s Old City and Sultan’s Pool? Did he avert a crisis on the LaGuardia ramp into Tel Aviv? Did he bring peace, love and understanding to the hot, messy hell that is the Checkpost road, connecting Haifa with its northern suburbs?

We asked Clarke for background on the pin. He has yet to reply.

Until I see him perfect this gesture — signaling “rak rega,” a common expression meaning “hold on” — I, for one, won’t believe it he earned it. 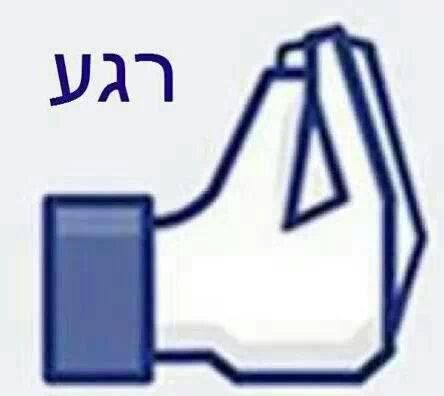