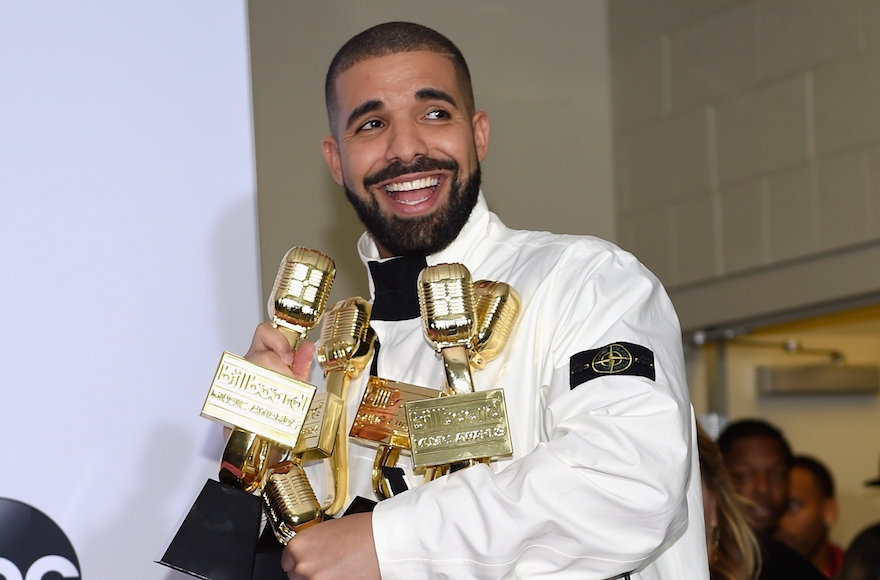 Drake posing with his trophies at the T-Mobile Arena in Las Vegas during the Billboard Music Awards, May 21, 2017. He has broken all kinds of sales and chart records. (David Becker/Getty Images)
Advertisement

The Jewish rapper also won as top male artist, top Billboard 200 artist and top rap artist on Sunday night at the T-Mobile Arena in Las Vegas on the way to snapping the Billboard awards mark of 12 held by Adele.

Since releasing the album “Views” last year, which broke Billboard chart records, Drake has become one of the most popular artists in the world. His latest album, “More Life,” broke online streaming records when it was released in March.

Billboard is a publication that covers the top-selling artists and songs in the country each week.