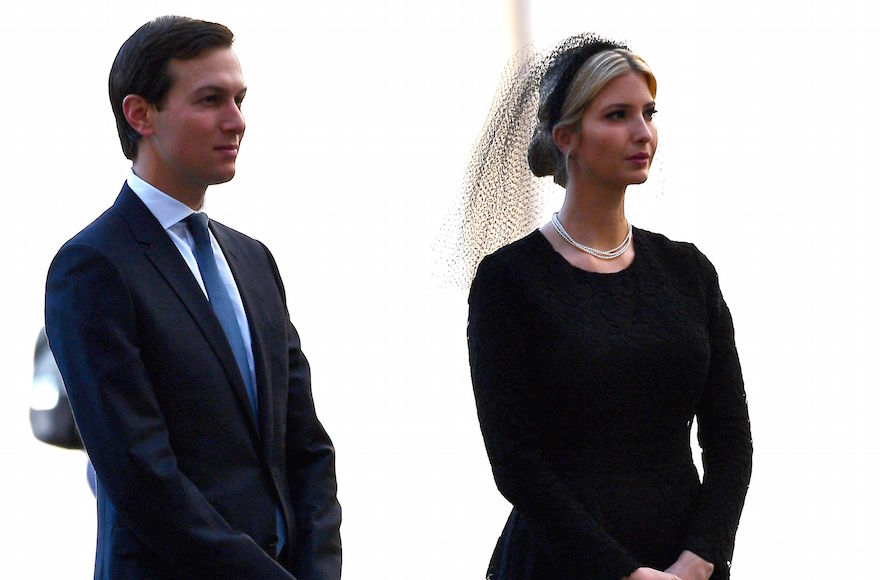 (JTA) — Jared Kushner and Ivanka Trump failed to disclose to tax authorities a multimillion-dollar art collection they have amassed since they were married in 2009, a news site on the arts sector reported.

Kushner, a senior adviser and son-in-law to President Donald Trump, and Ivanka Trump have acquired works by blue-chip and emerging artists, including Alex Israel, Dan Colen, Nate Lowman, Alex Da Corte, and David Ostrowski, according to the report Thursday on Artnet News.

In the required financial disclosures, however, Kushner failed to report the couple’s art collection, according to the report.

Responding to an inquiry about the collection’s exclusion from Kushner’s financial disclosures, a lawyer advising Kushner told Artnet News that the art holdings would be added to a new version of his disclosure form.

“Mr. Kushner and Ms. Trump display their art for decorative purposes and have made only a single sale,” the lawyer said in a statement issued by the White House. “To avoid any doubt, however, they will report their art collection.”

Earlier this month, The Wall Street Journal wrote that Kushner did not report his stake in Cadre, a real estate finance startup co-founded with his brother Joshua. The real estate scion turned White House adviser also failed to report loans totaling at least $1 billion from more than 20 lenders to properties and companies he co-owns, according to the Journal.

Ethics experts say it is not uncommon for administration officials to update financial disclosures with more information. The White House did not indicate when the new disclosure would be released.

The disclosure rules for federal employees on art are complicated, hinging on the distinction between works purchased for investment or for personal enjoyment. Federal employees such as Kushner are required to disclose artwork if it is held for investment purposes and is worth more than $1,000, according to the Office of Government Ethics.

The ethics office’s website says that artwork displayed for “decorative or artistic purposes” is “not normally” considered an investment. According to the OGE, “periodic sales from a collection of artwork” are the most relevant indicator of whether a collection is held for investment purposes.